Animal rescuers receive dozens of reports daily, but the case of this particular dog broke the hearts of Victor Lakhill and his team of volunteers in Spain. She was an adult canine with an evident physical deterioration and with whom life had not been generous at all, writes dogfulf. 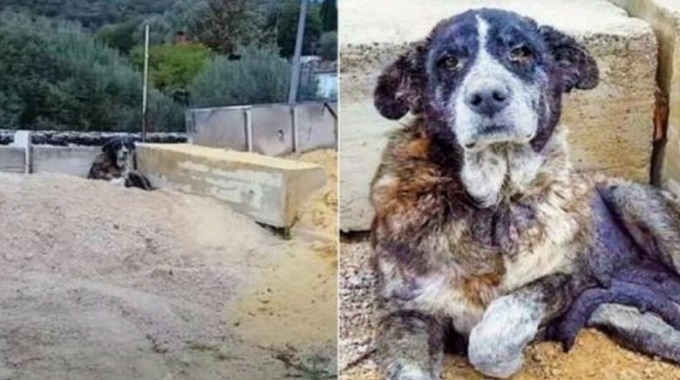 Surrounded by waste, flies, rodents and mountains of pollution everywhere lived the defenseless Maya, this elderly dog was reported to the volunteers of Let’s Adop International, a foundation led by the Valencian Víctor Lakhill.

The place where the canine lived was surrounded by endless dangerous elements, but the person who saw it for the first time took advantage of that same rubble.

A man who, before reporting her to the foundation, decided to build her a little house with plastic tarps so that she could take shelter, and his idea worked because the intelligent Maya stayed in place until help arrived. Victor rescued the dog in the middle of a cold and rainy night, the furry one was in the little blue house that the other good man had built for her.

Maya’s condition was unfortunate, she had skin problems, her eyes were covered with tears due to a serious problem with her tear ducts and the lack of constant grooming. She also suffered from painful mastitis, her teeth were falling out of her mouth and she had abrasions on different parts of her body. 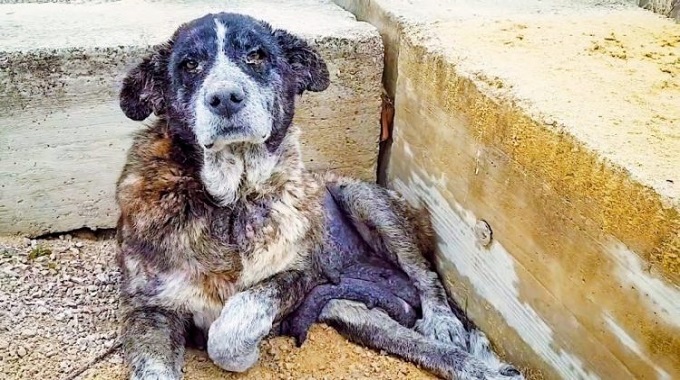 Although her appearance was terrible, the dog turned out to be quite a charm. As soon as Maya saw her rescuer, she knew that she had come to help her. She meekly allowed them to put a leash on her and drive her to the car that would take her to freedom.

Probably this little dog had been used as a “caretaker” in that terrible landfill, quite an outrageous situation.

Maya followed Víctor’s instructions to the letter and once in the car she got into the cage as instructed.

The truth is one of the most helpful and cooperative furry we have seen before in any other rescue. In general, dogs tend to be fearful, reluctant and even violent before strangers. 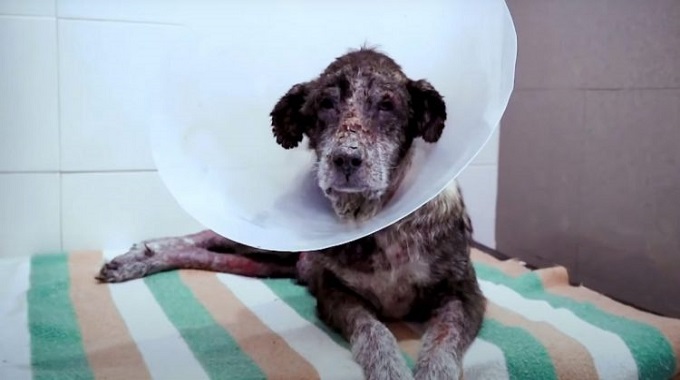 The rescuer crossed the city with Maya in the car until they reached the health center where they would treat her. A veterinarian determined that the dog suffered from anemia, Anaplasma and Ehrlichia; the latter are diseases caused by parasites and ticks.

After obtaining a diagnosis, Maya received a good bath and the necessary nutrition to begin her rehabilitation process.

During the process of her recovery, this elderly dog was surrounded by the best specialists and caregivers . They not only filled her with attention, but also with a lot of love from her and soon Maya began to show her gratitude. 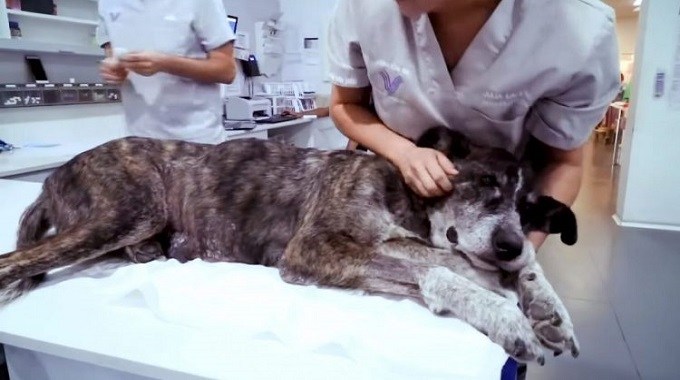 Unfortunately, during her recovery , a hidden enemy grew inside her and the furry one was about to hang her legs due to a tumor.

Fortunately, this was detected and removed through an operation, which meant another great test for Maya.

In fact, she recovered so well that she was ready to find a home , and after a long discussion, the volunteers found her ideal family.

A woman named Dalhia and her husband and daughter decided to make Maya the darling of their family and the center of their home. 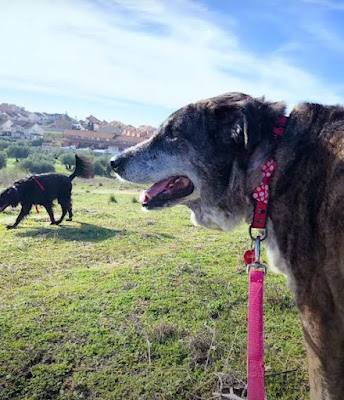 As soon as she met them, Maya was melted by all the caresses and caresses they gave her, that surely was one of her happiest days after so much need and loneliness spent in that dump.

Thanks to these angels, this old and sick dog now has a place to spend the rest of her days and be happy.