Home Dog Rescued Dog That Was Lost In The Middle Of A Frozen Lake Is...

No one knows how Max got there or how long he had been trying to get out, but one thing was certain: If he wasn’t taken out of there, he wouldn’t get to see the sunlight again.

Luckily for him, a ship’s crew saw him and didn’t give up until they saved him. 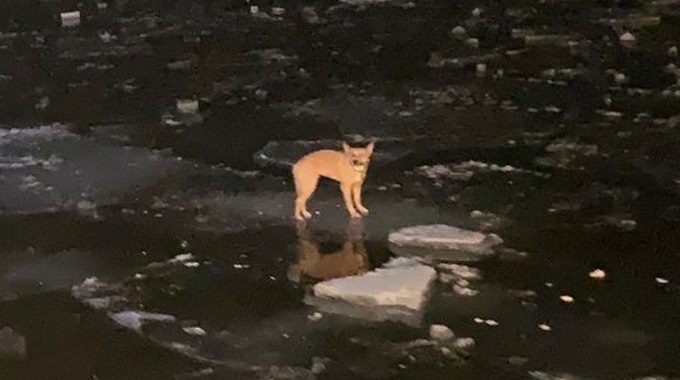 If dogs could talk, Max would have a great story to tell after being the protagonist of a dramatic rescue on Lake Muskegon, located in Michigan.

The crew of the Barbara Andrie had spent a long day at sea. They woke up at 6 a.m. to sail to the nearby port of Milwaukee and on the way back, around 8 p.m., they heard the last thing they thought they would hear in the middle of the frozen waters of that vast lake: a bark. 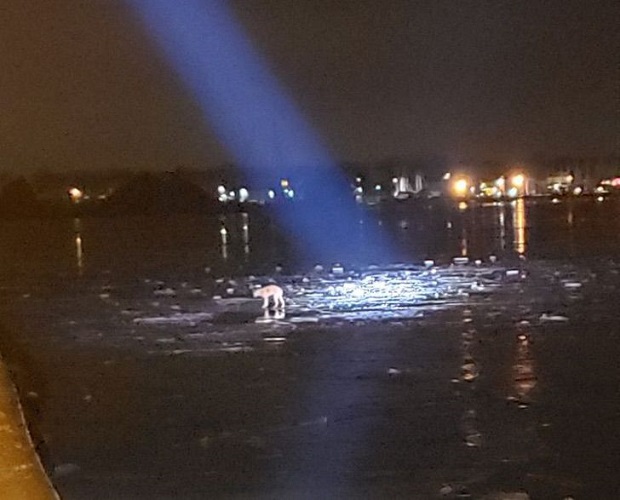 There, between the ice and the water, a dog was desperately asking for help. No one knew how long it had been stranded or how it had gotten there, but one thing was certain: if it was not saved, the animal would not survive.

“I have to say that my heart almost sank,” Wellington said. “I almost thought I ran him over at first.” But when he looked back, there was the dog, still on its precarious floating perch.

The crew on board had been working since 6 a.m. and were eager to dock Andrie at Muskegon and rest. But first they had a rescue operation to perform. 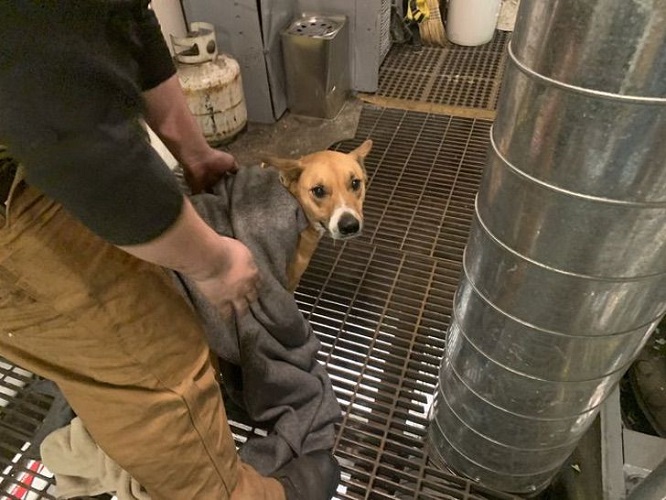 He slowly pulled the big ship back, careful not to disturb the delicate ice around the stranded dog. “He was out there in the middle of the lake,” added Craig Benedetti. “I’m not sure he would have survived the whole night.”

When they got close enough, the crew members used a pole with a hook on the end to carefully hook the ice floe and pull it towards the tug. At one point, the dog slipped off the ice into the water, but was able to return to its perch, Wellington said. 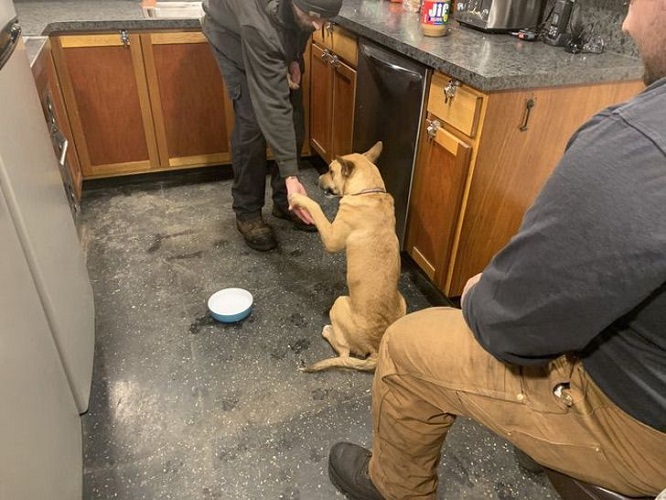 You could tell he was cold and scared and didn’t know where to go or what to do,” Wellington said. “He was on his little piece of ice that could hold his weight, which, frankly, was the best he could do.”

It took about 20 minutes, but finally the crew was able to slip a rope over the puppy’s neck and pull it up.

Max was more than grateful. Despite being hungry and almost frozen, the puppy wagged its tail and licked all its rescuers with gratitude. The men gave him food and tucked him in with all the blankets they could find while smiling after they had managed to rescue the animal. 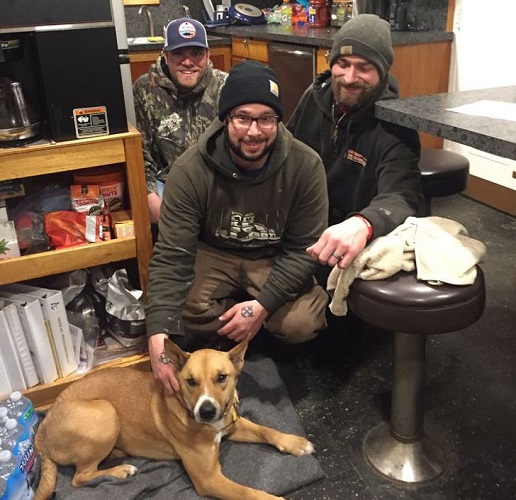 When the dog recovered its body temperature and finished its meal, the crew checked its collar and found the number of its owner, who had lost it 36 hours ago and had made several posts on Facebook to find it.

“I think they were a little surprised,” Wellington said when Max’s owners heard about the rescue.

Max returned home, and his owners are more than grateful to the crew of the Barbara Andrie, who put their fatigue aside and risked their lives to save their pet.

Max is a very lucky dog.