Home Dog Abandoned Puppy Abandoned on a Bench in Mexico with Handwritten Note Is Rescued:...

An animal shelter in Mexico came to the rescue of a young puppy after learning that the 7-month-old animal had been abandoned on a park bench. 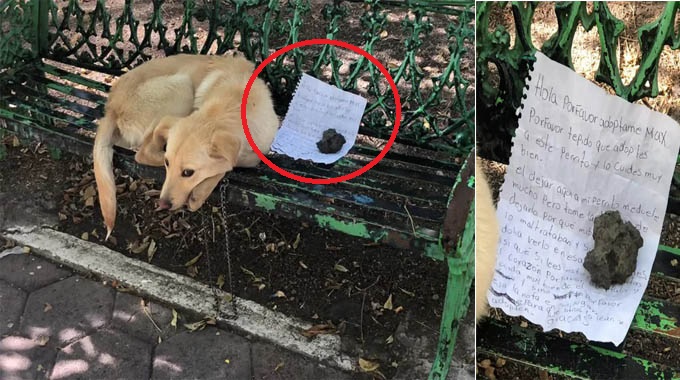 On Nov. 22, after hearing about the dog in need, Marcela Goldberg — who runs local shelter Mascotas Coyoacán — arrived on the scene to find the pooch tied to a bench alongside a handwritten note.

“It hurts a lot to leave my dog here but I made the decision of leaving him because my family used to mistreat him and it would always hurt me to see him in that condition,” the note read, according to The Dodo. 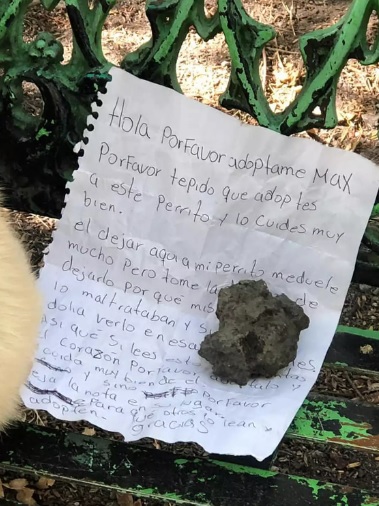 “If you’re reading this and your heart wavers, please adopt him and take good care of him. If not, please leave this note in its place. That way others can read it and adopt him. Thank you.”
“He was physically in good shape, but was left without water or food,” Goldberg tells PEOPLE. Neighbors tried to help the dog, now named Boston, but had to use a long stick to give him water and food because “he was very nervous and trying to bite anybody approaching.” 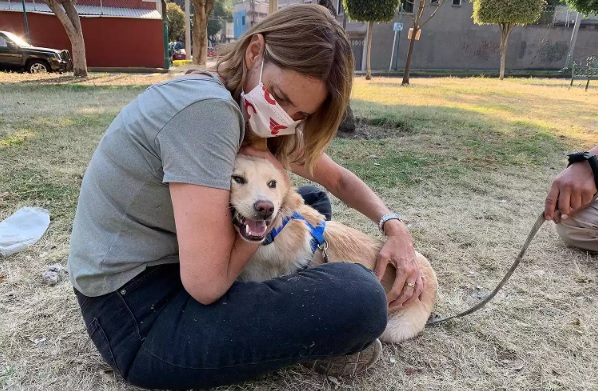 “When I tried to approach him, he was growling and tried to bite me, but it was clear that he was just nervous and not plain aggressive,” she added, noting that with the help of a trainer she was able to unchain the golden retriever mix from the bench safely.

Advertisements
And as soon as he was free, Goldberg says the dog’s attitude completely changed. “He was extremely scared but did not try to bite again,” she said. “We walked him to the car and had to struggle a bit to get him inside, but once inside he started to relax and we were able to touch him.” 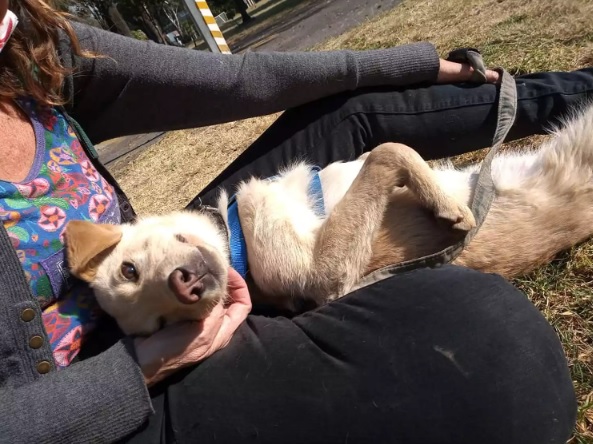 In a series of social media posts recounting Boston’s harrowing story, Goldberg also shared that she had decided to give the dog a new name.

“He will no longer be called Max, as his name appears in the note, because he awaits a new life without remnants of his past life, of abuse and neglect. Now it will be Boston,” she wrote of the canine. 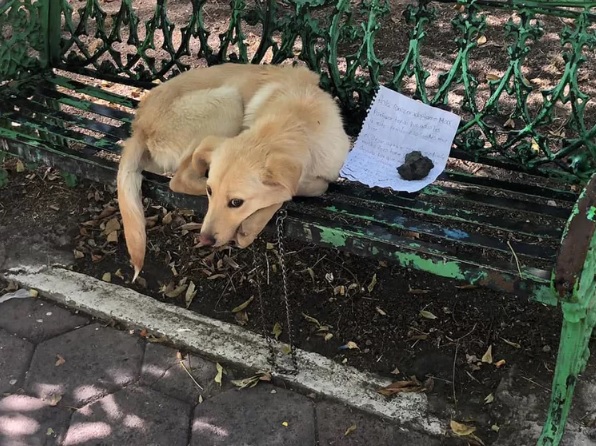 Since first sharing Boston’s story online, the animal shelter has been contacted by numerous people eager to give the dog a new home.

“We can only pick one, but we have many puppies looking for homes,” they wrote on Facebook. “If you can open your home to another, we’ll thank you immensely. Their stories are just as sad, but got less media.”

After spending a few more days with the shelter, Boston will travel to his new home.

“He already has a family waiting for him that has been carefully chosen,” Goldberg tells PEOPLE.

“We are working with him in gaining confidence with several people, so his future home will not have an issue with people from outside the family,” she adds. “He is learning to trust and is really happy, playing with balls and behaving like a puppy should.”