When Stray Rescue of St. Louis spotted a dog with a h.o.r.r.i.b.l.e embedded collar run into an abandoned house they knew they had to save her. 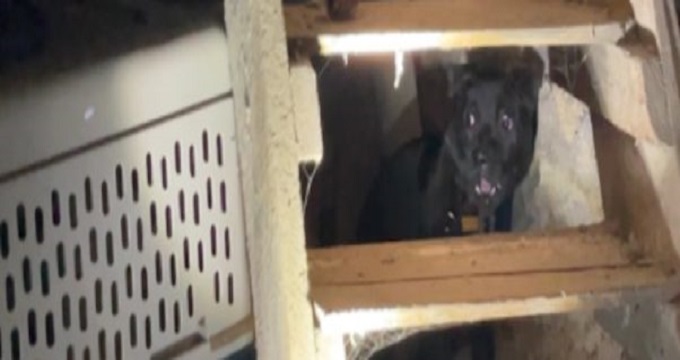 She was with another dog – a blue Pit Bull – who appeared worried about her friend and was nervous when rescuers approached.

Stray Rescue of St. Louis had received a call about the injured dog after she was seen running down the street.

They noted that the dogs were in a dangerous area, writing on their website, “They were ‘living’ in a dangerous neighborhood where several murders had recently taken place, so we suspect that the dogs most likely had not been treated with much kindness and had every right to feel scared.” 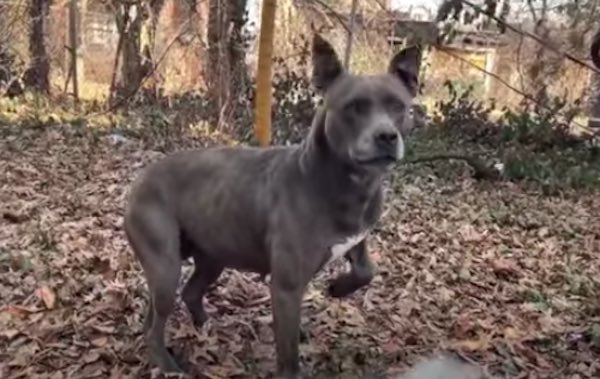 They would discover later just how little kindness the dogs had experienced. The blue Pittie was found with a gash on the side of her face that turned out to be a gunshot wound!
Advertisements

Once they secured the pittie, they entered the basement to try and find the dog with the embedded collar. It was freezing cold in the derelict home, it being winter, and its occupants having left long ago. That’s when they spotted the dog they were there to rescue.

But they were surprised to see another dog, a large Rottweiler, sitting on a nearby couch. Rescuers thought it best to separate the two dogs in order to safely rescue the badly injured one, who they named Seska. 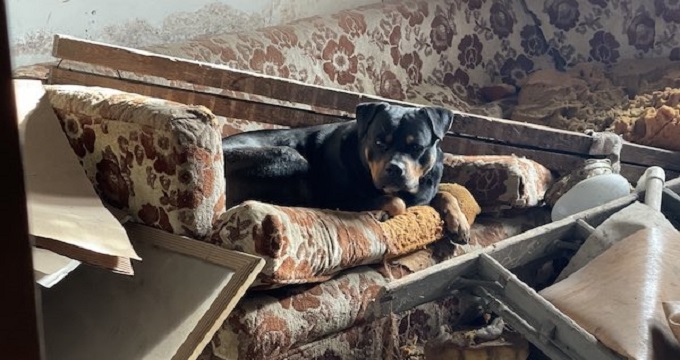 They could see that she was suffering greatly because the embedded metal chain that had created a deep wound around her neck. Every time she moved she was in pain.

It was the worst embedded collar they had ever encountered. Not wanting to cause Seska more pain, they called for reinforcements to help rescue her.
Advertisements

As for the Rottie, he turned out to be a gentle fellow who was trusting enough to be lead out of the freezing cold home and on to a better life.

Thankfully, all three dogs are doing well now and two – Kess and Chakotay – are ready for adoption. Seska will take a little more time to heal before she’s ready for her forever home.