“Please don’t put him down I love him.”

The Harris County Animal Shelter in Houston, Texas, was closed for Memorial Day, but as soon as it reopened its doors Tuesday, shelter workers were met with a sad surprise. 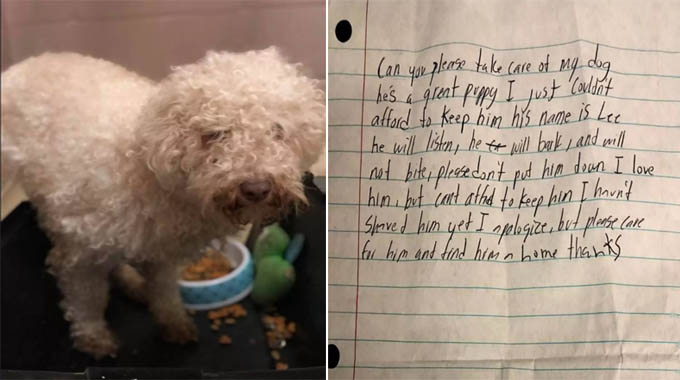 An abandoned crate in the shelter’s parking lot held a terrified 1-year-old poodle named Lee, trapped in a heavy coat of dirty fur.

“Lee was matted and covered in urine when he arrived,” Kerry McKeel, the shelter’s media specialist, told The Dodo. “He was very unsure and nervous.”

Attached to the crate was a heartfelt note from Lee’s owner, quickly scribbled on a piece of notebook paper. It read: 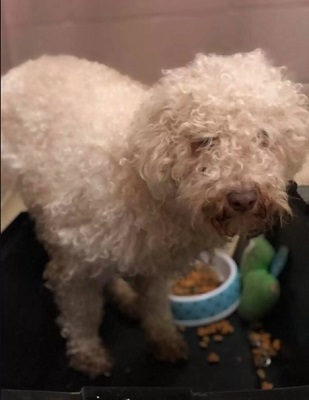 “CAN YOU PLEASE TAKE CARE OF MY DOG? HE’S A GREAT PUPPY, I JUST COULDN’T AFFORD TO KEEP HIM. HIS NAME IS LEE. HE WILL LISTEN, HE WILL BARK, AND WILL NOT BITE. PLEASE DON’T PUT HIM DOWN I LOVE HIM, BUT CAN’T AFFORD TO KEEP HIM. I HAVEN’T SHAVED HIM YET, I APOLOGIZE, BUT PLEASE CARE FOR HIM AND FIND HIM A HOME. THANKS.”

Lee is just one of over 200 animals abandoned at the Harris County Shelter around Memorial Day weekend. Designed to hold 150 dogs and cats, the shelter was already stretched to its limits when Lee arrived — there were over 375 animals in need of homes as of Tuesday. Cages meant for one or two animals were holding three to four at a time. The scared little poodle was far from prepared for such a raucous environment. 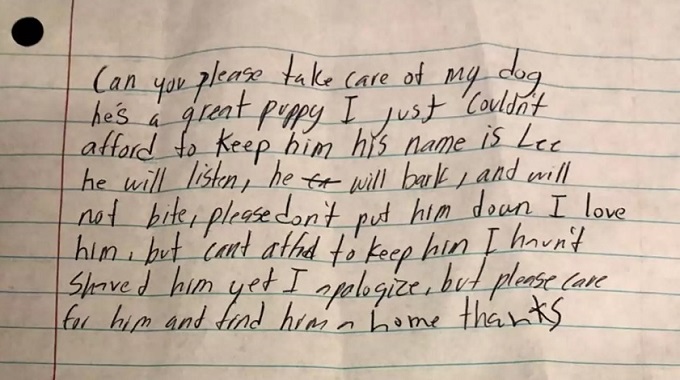 While nobody is certain what it was about the holiday weekend that prompted so many owners to surrender their pets, McKeel believes that financial hardships caused by Hurricane Harvey may be to blame. While owners may feel forced to give up a beloved animal when faced with cost or housing issues, the shelter believes there are other options out there — and offers spay and neuter vouchers and free or low-cost services for food, fencing, medical and other needs.

“We certainly understand financial hardship, but if there is some small way that we can help keep pets with their people, we want to do that,” Harris County Animal Shelter wrote on Facebook. “Before making that decision to give up a pet, talk to us about your circumstance to determine if we can link you with a resource.” 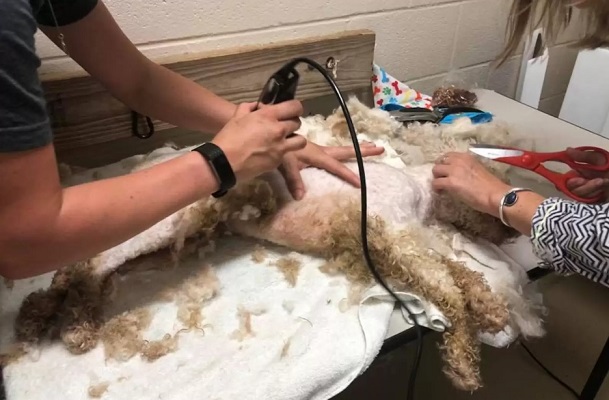 After a few days in the shelter, Lee has finally started to adjust to his new life and is getting the care he needs — including a good trim.

Groomed and finally free from his heavy fur, Lee’s true personality started to show through. Confident, with a perpetual smile on his face, he looks like a completely different dog. 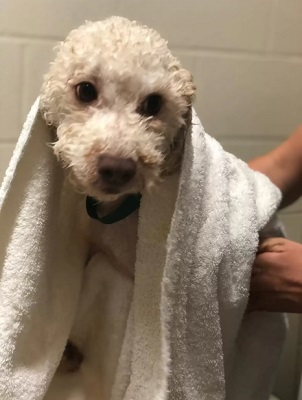 “Lee is an affectionate, very smart and spunky pup,” McKeel said. “He knows how to sit and play fetch. He certainly went from bow to wow.”

Everyone at the shelter is doing their best to help Lee, including McKeel, who has started fostering him.

“He is such a good pup. Very playful,” McKeel said. “I also learned this morning that he really enjoys a Puppuccino! We did a Starbucks run.” 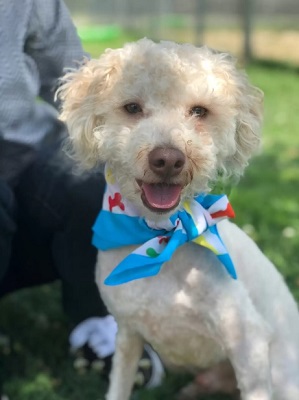 With two interested adoptive families, it’s only a matter of time before Lee goes to his loving forever home. Lee’s story gives the many other animals in need of care at the Harris County Animal Shelter hope for better futures.