Home Dog Story Man Hands Food To Begging Dog, But When She Runs Away And...

As much as we try to give our beloved pets a forever home, there are still many animals out there without homes to call their own.

We continually see occurrences like these, such as this abandoned pit bull found tied to a dumpster. 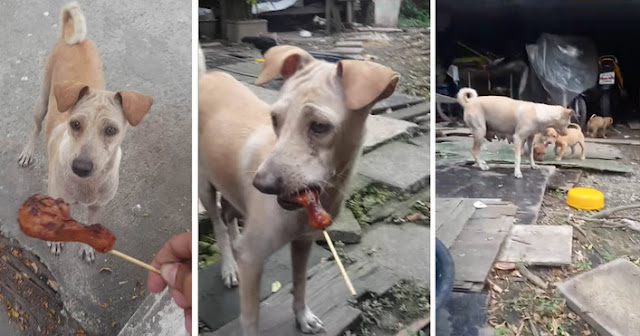 We don’t know the backstory of the pup in the video below, but she has found that one of the ways to ensure her survival is to go around in Bangkok, Thailand, begging for food in a market district.

According to the man behind the video, she’s done this many times before. She would always come back to the marker for more, except she would always take the meat given to her and run away. If she’s so hungry to be begging, why not eat the chicken right there?

The man decided to investigate. As the dog stares up at him pleadingly, he hands her a drumstick on a skewer. After taking it in her mouth, she instantly darts away.

This time, he follows her.

She turns around and sees him, but decides to keep on going. 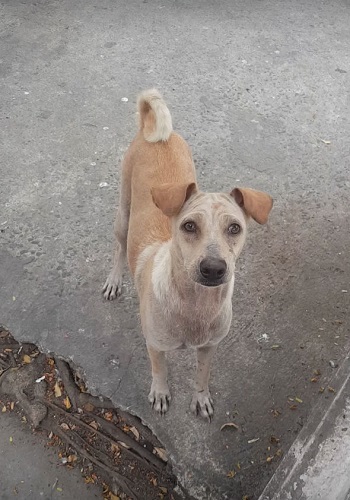 Finally, they arrive at an abandoned backyard, and after taking one last look at the man, the dog walks over to a dark corner.

Suddenly, four puppies come rushing out to share the chicken!

It’s then that the man realizes this begging dog is actually a loving mom providing for her kids. Let’s hope he continues to share food with these adorable pups.

Please SHARE this story if you think the dog is an amazing mom!