Home Dog Story Stray Dogs Are Brought To Mass By A Brazilian Priest To Get... 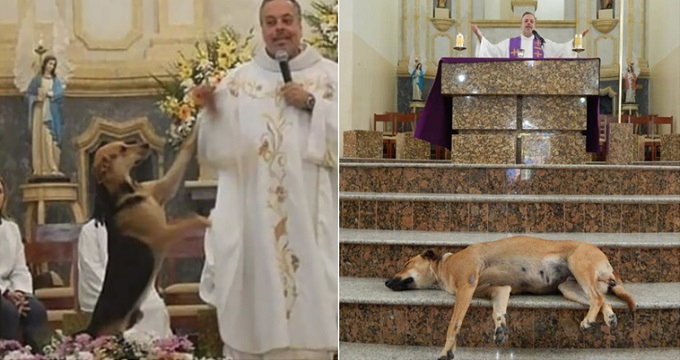 The church Paróquia de Sant’Ana Gravatá headed by Father João Paulo Araujo Gomes started an initiative that every Sunday, homeless and abandoned dogs were presented in the mass.

The doors of the church are open for those dogs who need love and care. This place became a better place whether you have faith in God or the goodness of humanity.

Father João wanted that these doggies were noticed by the churchgoers so he make sure that they are positioned in the center where everyone can see them. 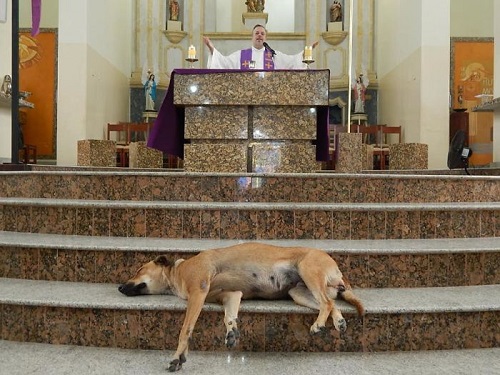 “They will always be able to enter, sleep, eat, drink their water, and find shelter and protection, for this house is of God and they are of God.” Father wrote on Facebook.

Father João also works with the community to encourage others to adopt dogs. He is truly inspiring and makes people believe that this world is still a better place to live in.

His act leads to finding forever homes for these dogs. He also had good boys for himself. 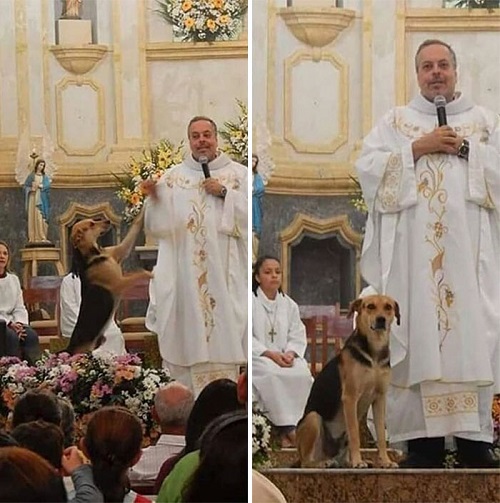 “I helped several dogs with serious health problems. Some of them I brought to the parish house and they were later adopted. Three of them stayed with me. Today, they are my children and sleep in my bed,” says Father João.
Advertisements

This story is one of the many where dogs find shelter in churches and yet, Father João’s heartfelt service went unnoticed. He became viral and became an inspiration to those who can’t raise voices for themselves. 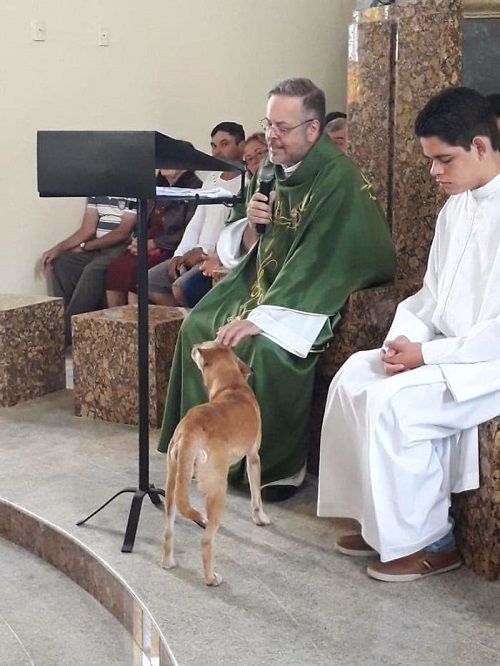 Watch the heartwarming video below: