Kids and dogs have this special connection which is heartwarming to see. This story is an example showing the special bond between a dog and a child. 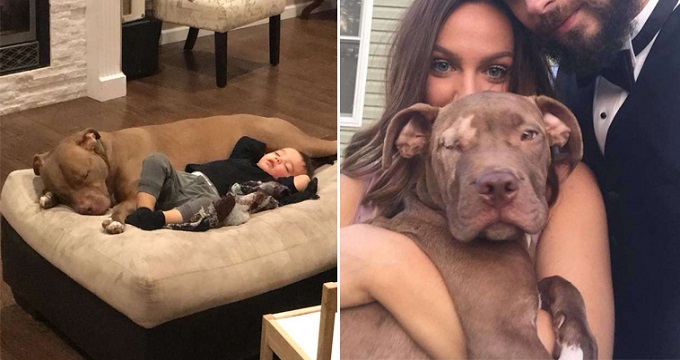 A pit bull named Riddick was adopted by a young couple who also have another furry companion named Cambria. Riddick was rescued last 2015 by Rescue Dogs Rock NYC before he came with the family.
After a year, a baby boy was born, and the two dogs’ reaction when meeting Dawson was amazing.

“We would call them the paw patrol. If the baby cried, the two of them would come running inside to check on him.” Dad says. The two dogs also love to join when the parents are reading bedtime stories to Dawson. Cambria and Riddick would also sit or lay beside the baby and listen. 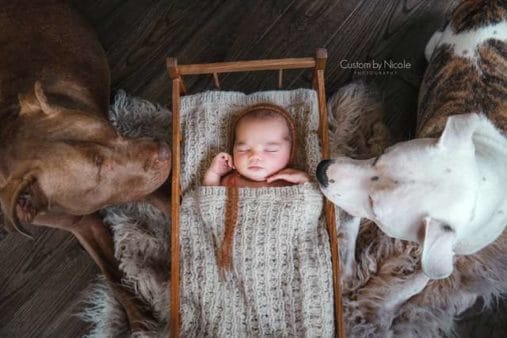 The boy share the love with his furry friends as he grew. He would sleep with his four-legged friends and their special bond was proven when Dawson got sick.
Advertisements

When the boy got sick, his parents tried their best to comfort him but it seems they can’t do anything. When Riddick stepped in, it was the only time, Dawson allowed someone to sit beside him.

“He crawled up onto the ottoman with Riddick and was just holding him,” Dad said. “You could tell Riddick knew he wasn’t feeling well and laid with him. He [Dawson] tossed and turned a bit and about 30 minutes later passed out cold for over an hour. Riddick never moved.” 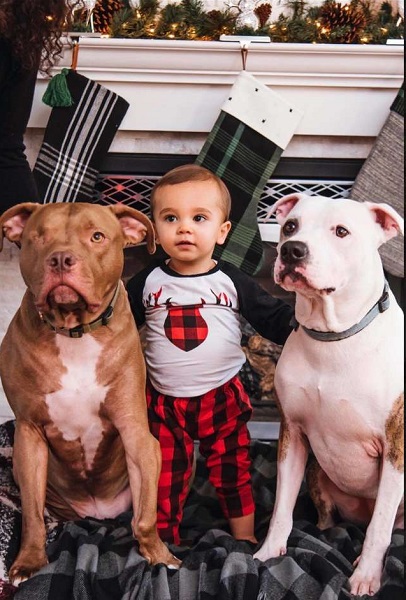 The little boy get better not too long and was able to play again with his best buds. Dawson is so lucky to have lovable and loyal best friends.