You’re probably wondering what we mean by this puppy getting adopted by a Rottweiler. 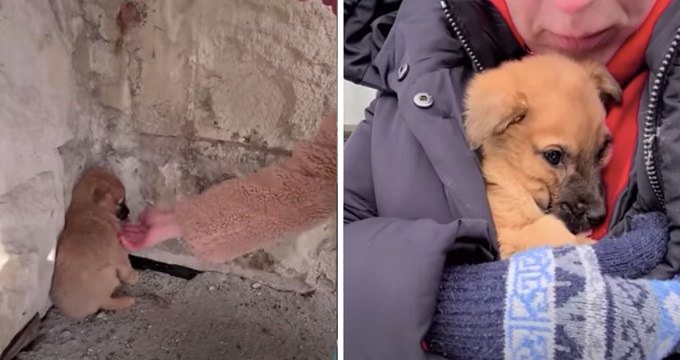 It’s a heartwarming story and we’ll tell you all about it. 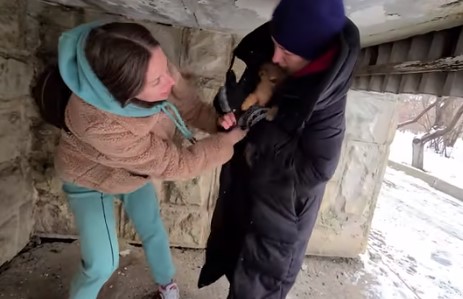 It all started when the rescuers received a video reporting that a puppy was out in the snow, trying to survive. Within 40 minutes, the rescuers were at the location where the puppy was found. But, the puppy seems to have moved.
They spent several minutes searching until they found the shivering pup in a corner trying to keep warm. Immediately, they approached the pup and wrapped him inside the coat of one of the rescuers. 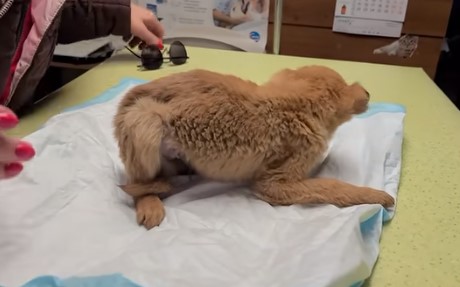 Once they reached the clinic, they were told that the puppy needed close attention and had to be left in the clinic for a couple of days because he was very weak.

After several days, they returned to the clinic and brought home the puppy to meet the other dogs that the rescuers owned.

The other dogs loved Archie and became good friends with them. Remy, their Rottweiler, decided to “adopt” Archie and make him her little child. She became very caring and protective of him. They even do everything together! 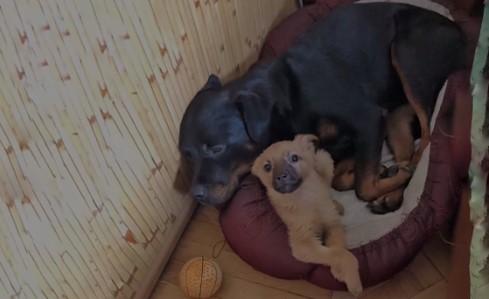 It’s amazing how rescuers change the lives of the dogs that they give their hearts to.