A Good Samaritan, who witnessed a car hit a dog and drive away without stopping, lent a comforting hand to the injured animal. 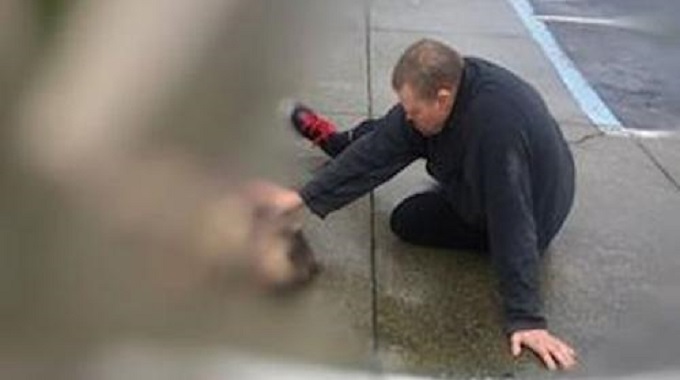 What he did has earned him praise from not only members of the community but from animal lovers around the world.
The man named Eric immediately ran to check on the dog and called California’s Solano County Sheriff’s Animal Control for help.

While he waited, he sat on the ground next to the dog and gently petted him. “A deputy found Eric lying on the ground, in the rain comforting the injured dog,” described the Solano County Sheriff’s Department. “Eric stayed by the dog’s side until Animal Control came and took the dog to the emergency pet clinic.”

The sheriff’s department was so touched by Eric’s gesture that they shared a photo along with their thanks. “We would like to thank Eric for not looking the other way and driving by,” they wrote. “He went above and beyond to help this injured dog. Please share and help us thank Eric.”

Sadly, the sheriff’s department later revealed that the dog had passed over Rainbow Bridge at hospital.

Please share if you too believe Eric’s kindness should be recognized!