It wasn’t exactly a rescue on the scale of Free Willy, in which an orca was saved, but when officers in Mansfield, UK, saw Little Willy in the back seat of Gordon William’s car on a hot day, they thought the dog needed rescuing. 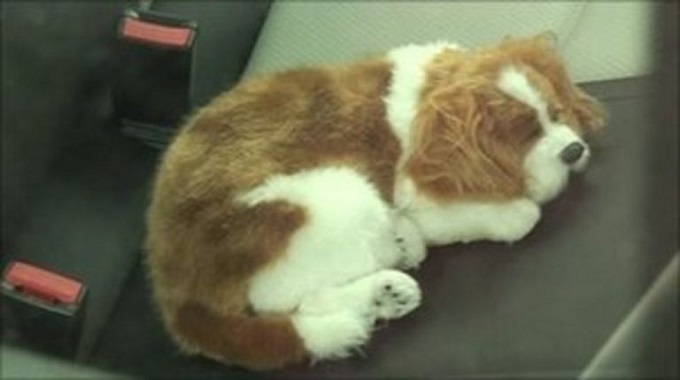 Officers smashed in the window of his Mercedes only to find the dog was, in fact, a stuffed toy dog, albeit a realistic-looking one.

Officers had received a call from a concerned passer-by who said they saw a dog left in the back seat of a car parked on a street.

As no windows were rolled down in the vehicle and it was a hot day, officers did what they thought was right.

“In this case officers believed a dog could be suffering due to the heat of the day and its life was potentially at risk, so felt there was no other option but to enter the vehicle,” stated a Nottinghamshire Police.

“I know Little Willy is quite realistic and if they weren’t sure about it, they did a good thing as we don’t want any more dogs dying in the heat of a car,” Williams told the BBC when interviewed.

He said it cost £180 to repair the driver’s side window and Nottinghamshire Police are discussing the costs with Williams.

Meanwhile, Little Willy will not be going on future car rides, as Williams has opted to leave the plush toy at home. Said Williams, “He’d been living quite happily on the car’s back seat. But I’ve decided he will be safer sleeping on a chair in my kitchen.”