Dogs are naturally joyful creatures. That is what makes them so amazing. But one dog, named Ice, was punished for being too happy and playful. 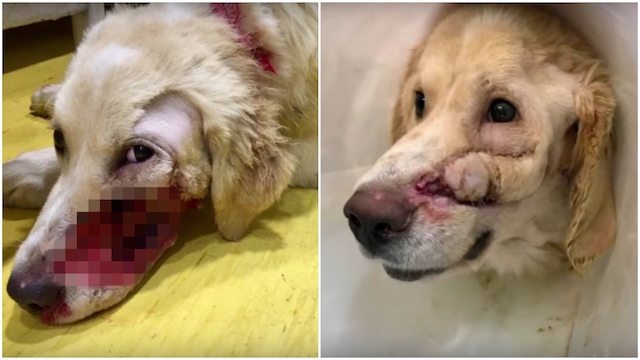 The sweet 7-month-old puppy was found by hikers tied to a tree and left for dead in Greece, after being shot in the face. His owner claimed he was just too happy. 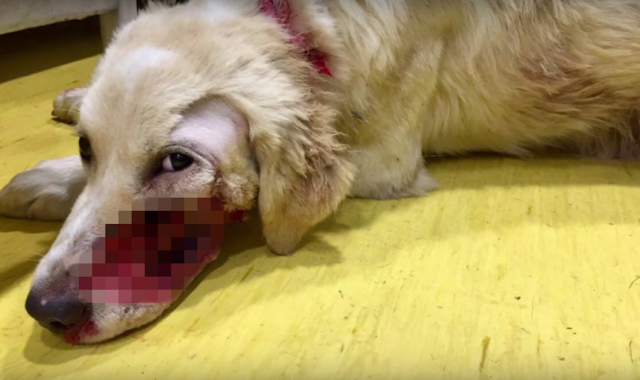 Save A Greek Stray received Ice after the hikers brought him to the shelter. He was clinging to life. But despite being severely injured, and in obvious pain, the dog was still happy.

Ice developed a nasty infection from his wound. Once that was under control, the brave dog underwent many surgeries to attempt to reconstruct his face. But still, even through pain and discomfort, Ice continued to exude happiness. 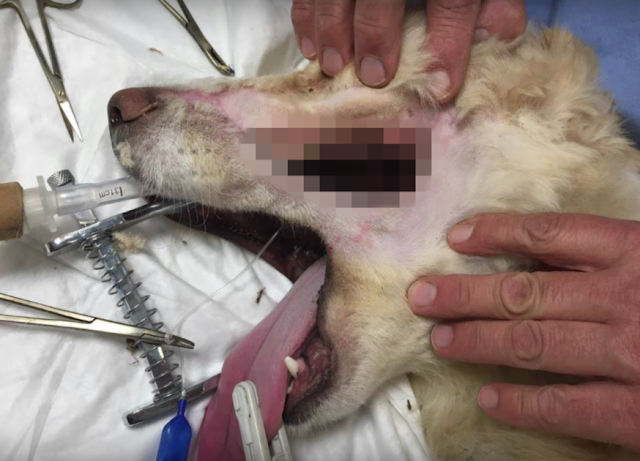 The medical team used skin graphs on his face and he now has a permanent little tuft of skin. We think it makes him look adorable and unique, but it bothered adopters. 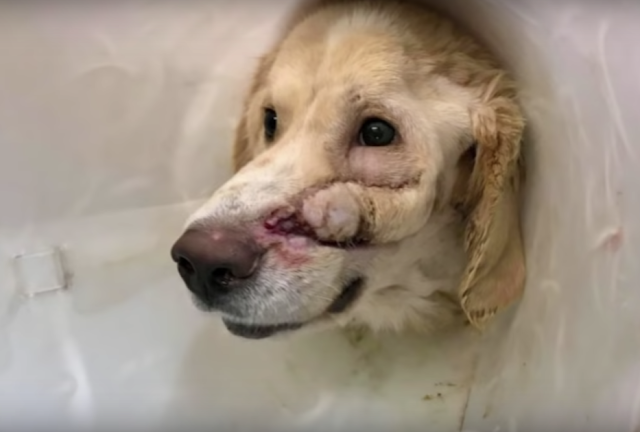 Ice, after recovery, remained in the shelter for a long time. Even though his story was all over the news, no one was interested in bringing the dog home. Maybe they couldn’t see past his face. Or maybe fate had other plans. 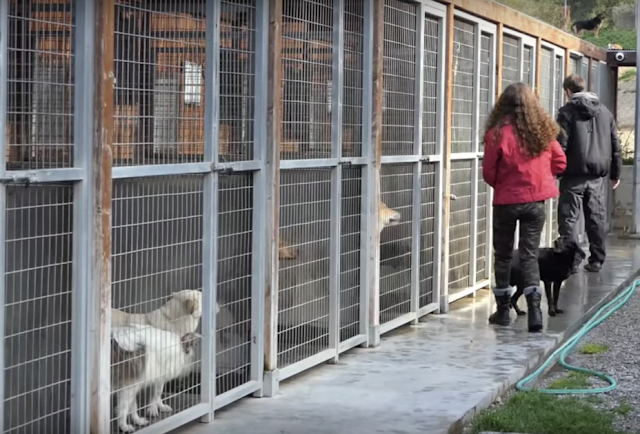 It took a year. A full year. But finally, Ice found his forever family! The naturally happy dog is even happier! 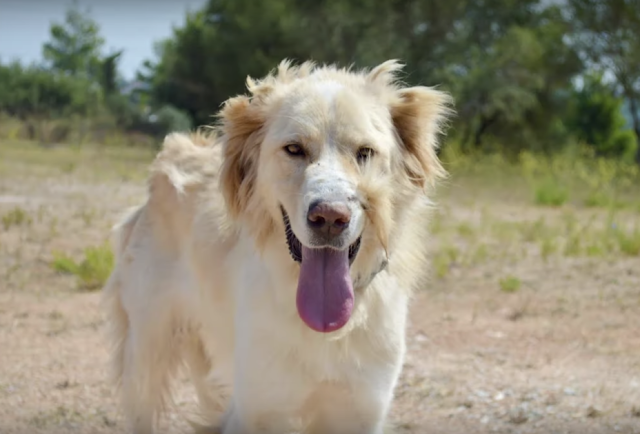 Ice now lives with his forever family in the UK. He has a doggy sibling and a very devoted dad. 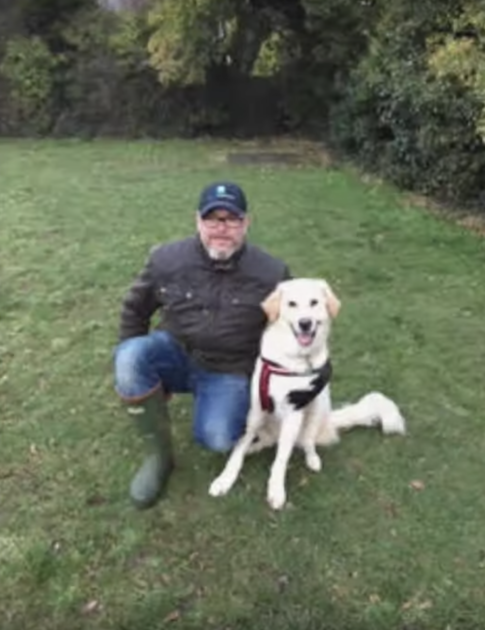 While Ice had to suffer to get ‘here,’ he is living his best life now. And now has to be all that matters!