Home Dog Story Woman Swings Tiny Puppy By The Neck, Throws Him In The Dumpster...

Cops are hunting for an Oklahoma woman after she was caught dumping a puppy on camera.

The CCTV footage shows the woman pulling a dog by the neck, dragging him across the parking lot and tossing him in the dumpster of an apartment complex. 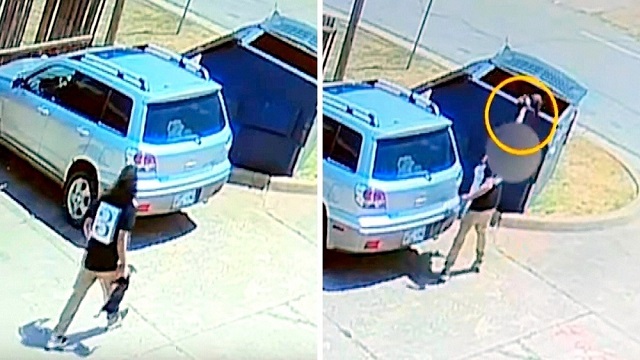 C.R. Head, the property manager of the apartment complex, was deeply disturbed when he found this footage. He further noticed that the woman left the dog in there for about 10 – 15 minutes.

The woman later crawled back into the dumpster, threw the puppy back to the ground, and ran-off.

Advertisements
C.R. Head immediately alerted the cops of this incident. By the time the cops arrived, there was no dog in the dumpster, so no official report was filed.

However, Oklahoma Animal Welfare activists believe that this is a clear instance of animal c.r.u.e.l.t.y. They are currently investigating this as a potential act of felony-level c.r.u.e.l.t.y. 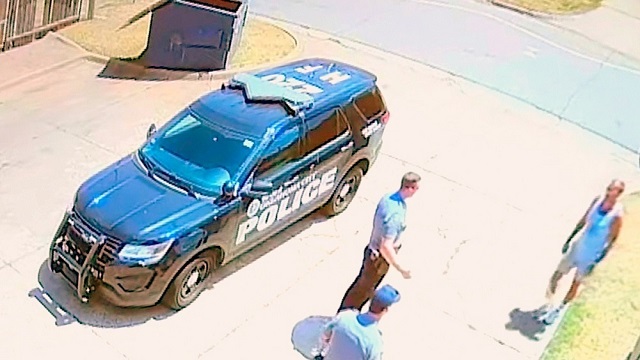 Meanwhile, C. R. Head and the animal activists hope that the woman is identified and caught soon so the officials can take action.
Spread the word and help the culprit of this disturbing act get caught soon and be brought to justice.
Click the video below to watch the CCTV footage of the woman dumping the puppy in the dumpster like trash.