The dog was extremely emaciated and could barely stand. On top of that, the dog’s head was laced with several scars that seemed to be from cigarette burns. 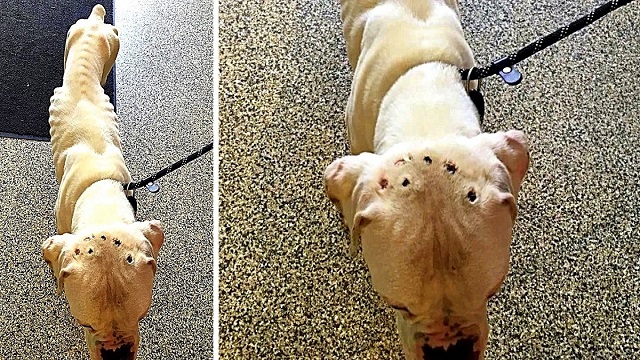 The passerby brought the dog to the Central Veterinary Associates, from where he was transferred to Town of Hempstead Animal Shelter.

Advertisements
Vets say that the dog could not be fed right away due to the ill-functioning state of his organs. They are keeping him under continuous observation while trying to get his health back on track.

The Nassau County SPCA offered a reward of $5,000 for any information that leads to the arrest and prosecution of the malicious person who abused the dog, now named Chester.

The reward was later raised to $6,000 after a contribution was made by the “New York State Humane Association”. 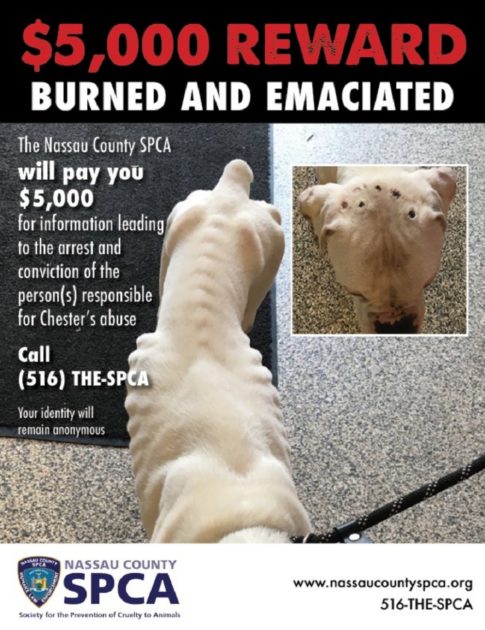 Chester is not suffering from any medical condition, which means he was deliberately starved by his abusive owner.

There are some sick people in this world. Let’s spread the word and help the cops find the sinister owner who burned this dog with cigarettes!

Click the video below to watch Chester’s heartbreaking condition after abuse. WARNING: The contents of this video may be disturbing to some viewers.