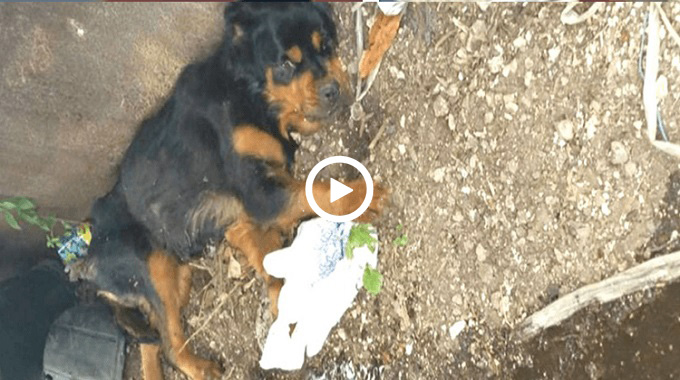 Thrown away by her owner in a notorious Florida dumping ground, the young dog was found huddled up against a dumpster and barely moving. She was malnourished, exhausted and covered in fleas and ticks. She couldn’t lift her head or walk.

Local animal rescuer Isabel Zapata often searches these grounds for dumped pets — and that’s when she came across poor Susanna in early May. She called Gulfstream Guardian Angels Rottweiler Rescue, and the group immediately agreed to take her in.

“Animals are just routinely dumped out there to die,” Laurie Kardon, a board member for the rescue, told The Dodo. “It’s a very dangerous place because there are a lot of trucks going through there at high speeds. It’s just heartbreaking. So many don’t make it.” 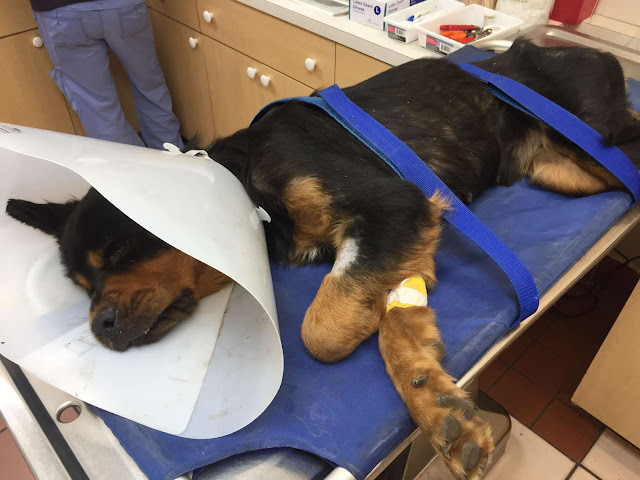 Because Susanna couldn’t walk, Zapata and others lifted her onto a tarp to get her into their truck. She was in such bad shape — but she was finally safe.

The rescuers rushed Susanna to the nearest animal hospital, where they started her on fluids and ran some blood work. It appeared that she was paralyzed, and no one knew the cause. It wasn’t clear if she’d ever be able to walk.

After a few more days of tests and getting Susanna stabilized, the rescue transferred her to Clint Moore Animal Hospital in Boca Raton. As they went over her tests and files, they slowly began piecing together the heartbreaking details of Susanna’s past. 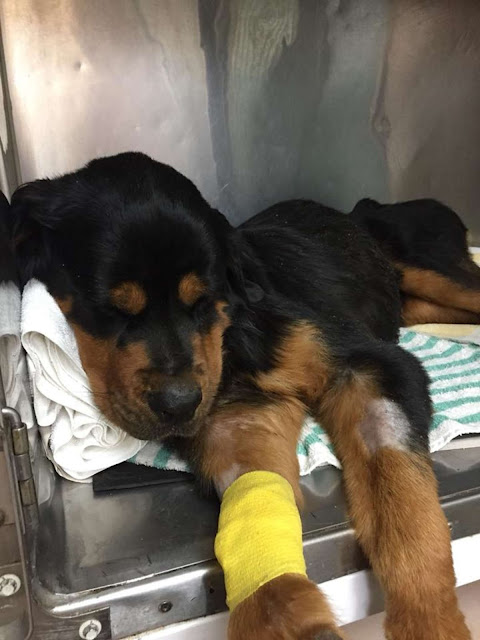 She didn’t have any spinal issues, and none of her bones were broken — but she couldn’t walk because of what was likely done to her by people.
“She had some arthritis and physical deformities to her legs, which make us think she was just stuffed into a crate since puppyhood,” Kardon said. “She was likely in there most of her life and used for breeding. And when breeders are done with dogs, they just dump them.”Three-year-old Susanna had already been through so much — but it was clear she was up for the fight for her life.
Advertisements

“The first time I saw her, she lifted up her head and licked my face,” Kardon said. “I said, ‘There it is. This girl wants to live. We were going to do everything in our power to get her going again.’”

Together, the rescue team and veterinary staff put together a recovery plan. They would get her on a quality food to help her gain strength and weight, and when she was up for it, she’d begin physical therapy. 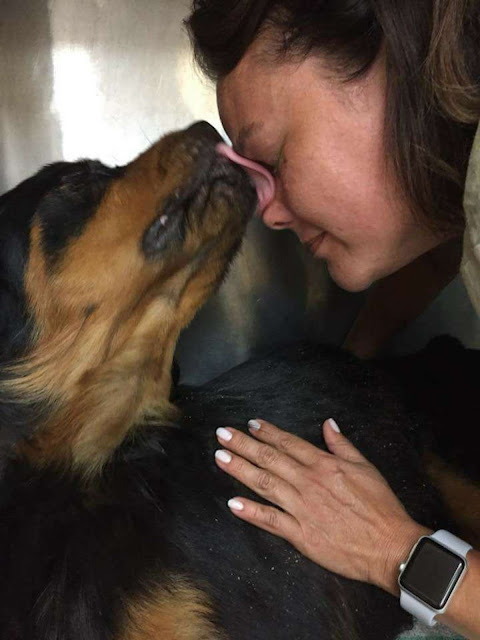 She also needed some pain medication, which would help ease the stiffness in her weak muscles and bones.

With plenty of good food and love, Susanna started gaining energy. Just over a week after being rescued, the vet team brought Susanna out to a rehabilitation pool to test her footing.

She started walking through the water.

“We were all in tears,” Kardon said. “It was such a relief.” 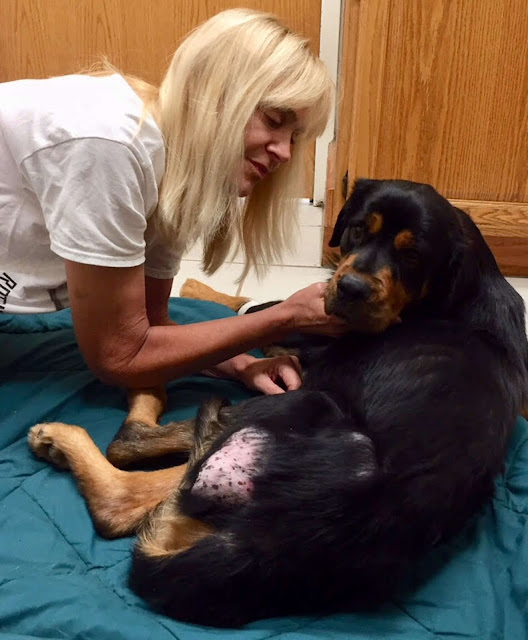 Knowing Susanna wanted to get moving, her vets made a point to bring her out to the pool frequently to stretch and walk around.

The light had come back to her eyes, and she had begun wagging her tail at everyone she met.

She was getting better — and it was clear she loved people, despite everything she’d been put through.

“She is just so happy,” Kardon said. “It’s probably for the first time in her life she’s felt this way.”

Thanks to more laser treatments and water therapy to continue to ease her leg pain and gain strength, Susanna continued to improve steadily. 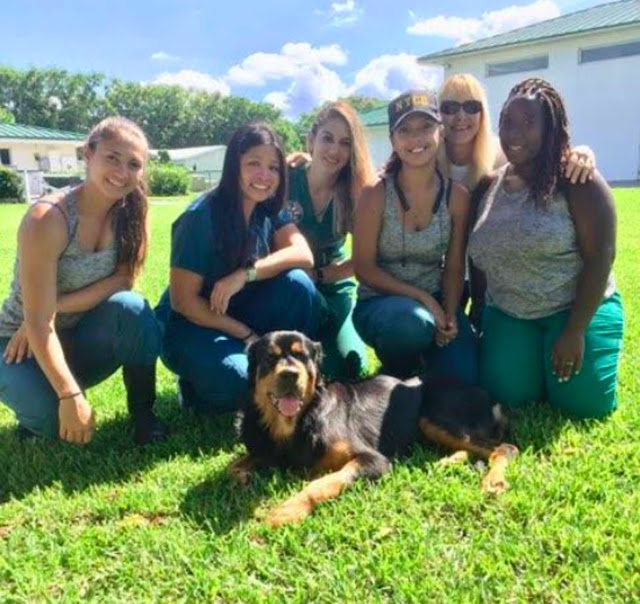 Now, over a month since being found at the dump, she’s finally strong enough to start meeting and gently playing with other dogs. She loves them all.

She’s also recently discovered how much fun rolling around on the grass is — something she may have never gotten to do without the help of her rescuers and veterinarians. 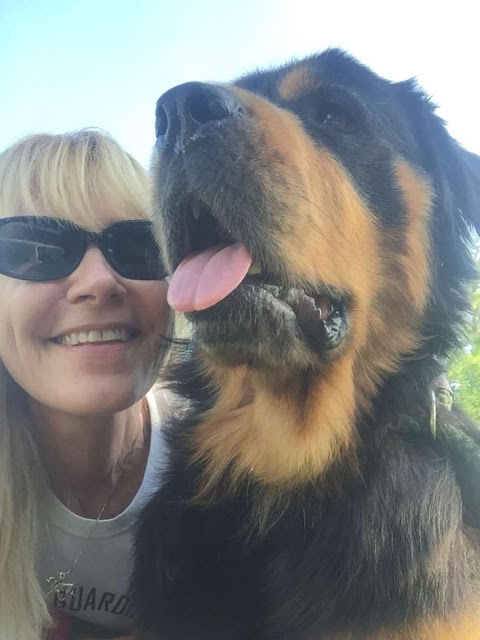 Seeing how far Susanna has already come, Kardon is excited for the day she’ll be ready to be adopted into a loving home. Until then, she’ll continue to revel in Susanna’s amazing spirit — one that seems to light up every room she enters.

“She’s really a testament to her breed,” Kardon said. “She is strong, determined and brave, but also so sweet and loving. She’s got the heart of a Rottweiler, that’s for sure.”