Home Dog Story He Was Not Invited To His Owner’s Wedding But He Followed Her...

The fidelity of a dog has no limits. These furry friends become your shadow when you decide to make them part of your family, so they are with you at all times and it does not matter if you are in the worst or best time of your life. 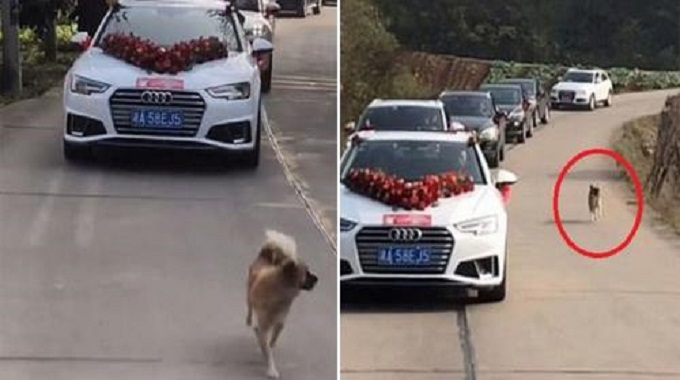 A clear example that dogs want to always be in their owners’ lives is the great gesture of love that Fugui had on his owner’s wedding day.

This hairy mongrel lives in China with his mother, Fu Xi.

When Fugui knew that the great day in the life of his human had arrived, the tender and loyal companion did not want to leave her alone.

It seems that the family did not consider his presence at the ceremony. But this little mattered to the animal that traveled more than 9 kilometers to be with its human mother in that special moment.

No one was going to separate them. 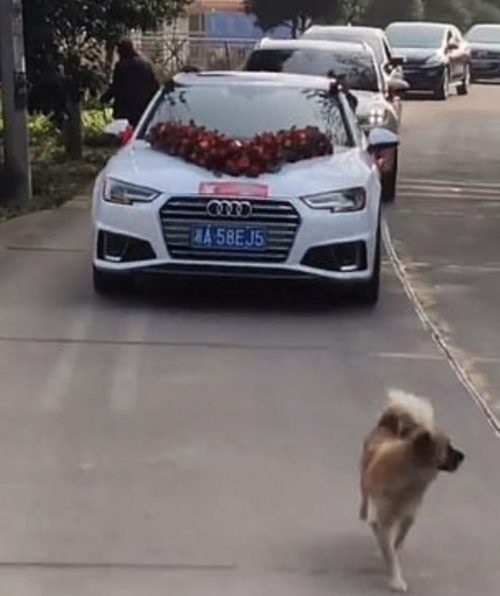 This dog has been Ms. Fu Xi’s unconditional companion for the past two years and she planned to take him with her, but for unknown reasons the family refused.

Some people do not understand the great ties that can be established with a pet but, as Fugui cares little about this, he decided to attend on his own. 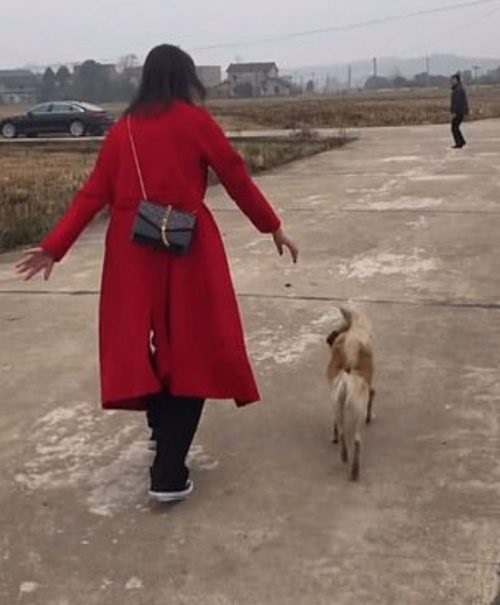 Whole kilometers he traveled the canyon to be with his mother.

As soon as Fugui saw his mother leave the house without him, he understood that it was time to show how much he loved her.

The furry dog chased her along the long journey that the wedding caravan made from the house to the place where the ceremony would be held.

That’s how surprised the poor man was at the beginning of the tour. 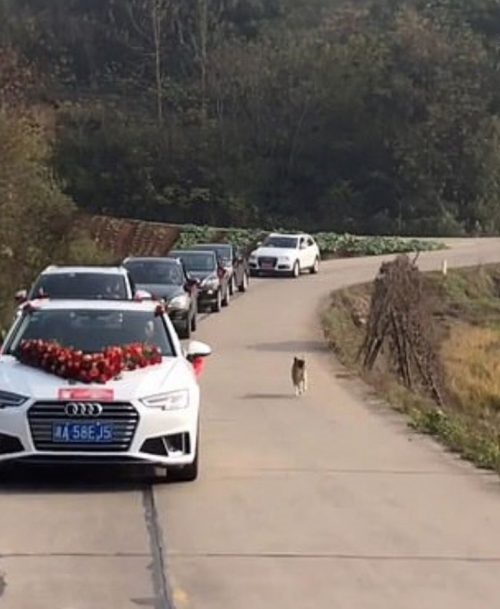 The moving story reached the networks after a video was made public in which Fugui runs in determinedly down the street.

The Douyin platform, the Chinese version of TikTok, was used to share the recording that in a few days has gone viral. Some users criticized the fact that the owners let the furry man perform such a marathon, but at one point, the bride’s parents open the door of their car so that the furry boy climbed up next to him.

However, it is quite a determined dog and Fugui declines the invitation to continue running after the car that was transporting his human mother.

Check out the emotional video for yourself.

Upon arriving at the groom’s house, where the wedding would take place, the poor animal finally has his well-deserved rest. Fugui achieved his mission and each meter traveled was worth it, as he managed to be part of his human mother’s special day. 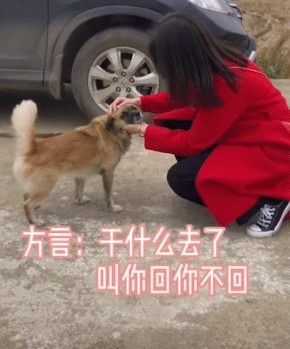 Moment when Fu Xi is reunited with his friend after the ceremony.

Without a doubt, Mrs. Xi now knows that in addition to her husband, she has a protector who has sworn eternal fidelity to her. The little furry is already living in the new house of the happy husbands and the images of his marathon journey continue to make everyone fall in love.

Every demonstration of love must be valued but without a doubt, Fugui’s one exceeded any expectations. Share this story and convey your blessings and love to the faithful furry.