Seeing dogs abandoned and betrayed is so heartbreaking. I don’t know how some people could do these kind of things. They should be considered as members of families and not left behind. 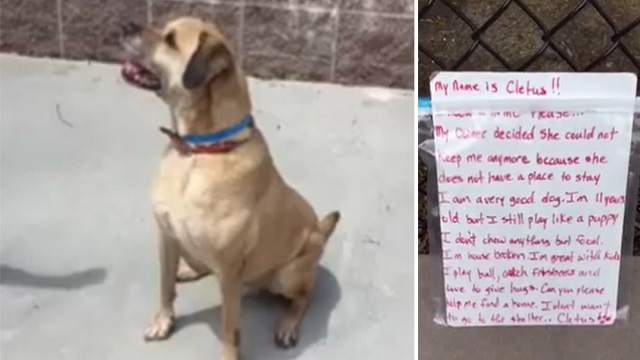 This is the case taking place at Snellville, Georgia, USA park, where some passersby noticed an abandoned. He had some toys next to him and also a note.

The note was by his previous owner explaining the reason why he left the dog.

It turned out she had become homeless, she just could not afford taking care of his dog anymore, so she requested that take care of her beloved dog.
Advertisements

On the note was written that the dog was 11-year-old but he still plays like a puppy, and he is great with kids. 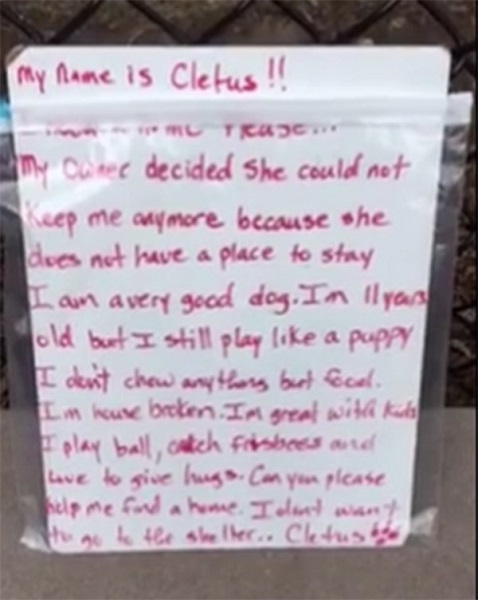 This heartbreaking note arrived quickly at the Gwinnett Animal Shelter. They took Cletus, the dog, and decided to do their best to find this cutie a home.

Unfortunately, he was an old dog and most people do not want old dogs, so it was kind of difficult to find him a new home, but they did not give up. 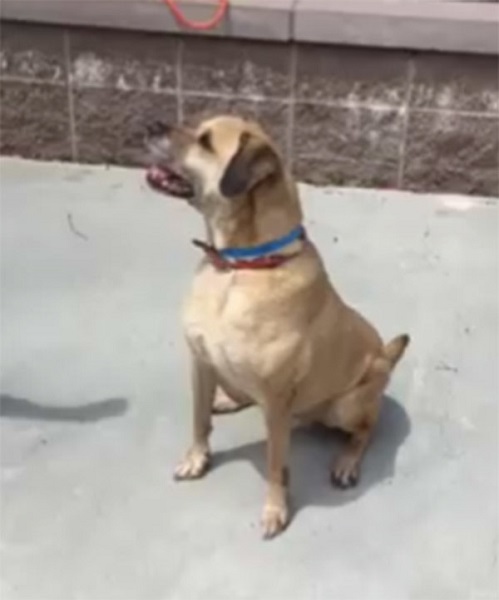 But it seemed that luck was on Cletus’s side. A woman after saw a post about the dog on Facebook offered to adopt Cletus and give him a family. He would also join another black labrador.3333

The shelter decided to trust the woman, and Cletus got adopted.

Now Cletus is happy with his new family, and has his own Facebook page, which helps to keep his former owner informed on his progress.

So happy for Cletus!