Most of us wanted to go far away and relax for our retirement. 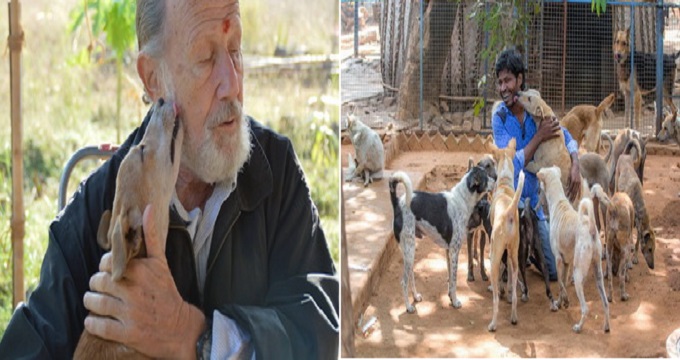 At first, that was Leslie Robinson’s plan, when he reached 70 years old he wanted to retire in the Himalayas. He stopped at Tamil Nadu, India, and there he found his inspiration to stay for the next ten years.

As an animal lover, during his stay, learned that local authorities are planning to k.i.l.l street dogs as a way to control the population. 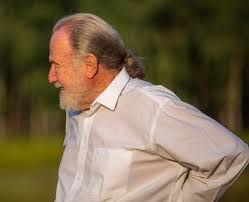 He has done 100 phone calls to delay the plan and suggested an alternative population control. Instead of traveling to the Himalayas, he instead starts the Arunachala Animal Sanctuary and Rescue Shelter.
Advertisements

Now, Robinson works with a team of 23 to help as many stray dogs as possible. At the shelter, the dogs are provided with water and food, space to roam, veterinary care, and plenty of cuddles. 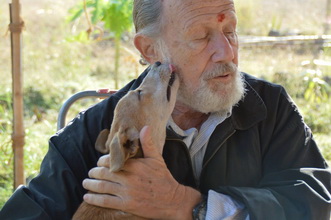 Leslie Robinson’s choice to enter the animal rescue world is truly inspiring. Thousands of animals in India owe their lives to his kindness.

Robinson use his savings at first and then later supported by private donors. However, the shelter never has more than enough money while the number of animals in need is continuously increasing. 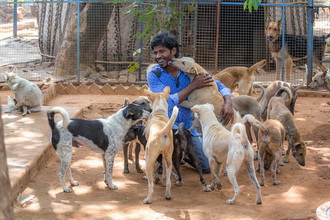 If you were inspired by Robinson and would like to help keep the shelter running you can help them here.
Advertisements