Animal rights groups are searching for a woman who was seen putting a Ćiġąrėttė out in the eye of an innocently little puppy in sickening footage that was circulating on WhatsApp. 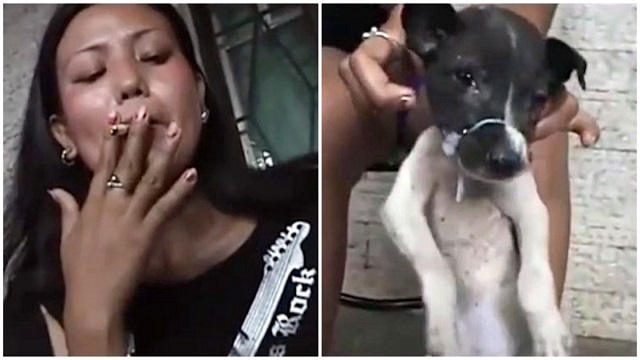 The puppy’s mouth is taped shut, most likely to silence his cries as the evil woman burns his face repeatedly with the lit cigarette.

Afterwards, she continues to smoke with one hand while she’s holding the puppy by his neck in the other, and then snaps his paws.

Once the video surfaced, people alerted the Society for the Prevention of Cruelty to Animals in Singapore, where it was originally believed that the video was taken.

But the SPCA is exploring all possibilities that this may have happened in a different country.

SPCA Singapore is now asking the public for help in identifying this woman, and urgently appealing for credible information to seek justice for this poor puppy.

“If you know the identity and whereabouts of the woman, please provide the information to the relevant agency in your country,” they wrote on Facebook. “Alternatively, you can contact us at inspector@spca.org.sg and we will relay the message in strict confidence.” 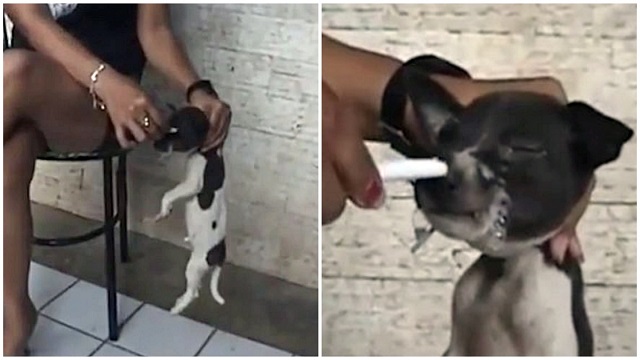 SPCA Singapore is asking people not to circulate the video, as there are ‘syndicates that profit from animal torture films, including some that are produced for sexual fetish’