Home Dog Rescued This Dog Lived Underneath A Dumpster For Almost A Year — Look...

After living under a dumpster for 11 months, Cowboy was finally found by a rescue organization that was determined to give him a new life.

Rescue workers tempted Cowboy out from beneath the dumpster with a hamburger, took him back to their veterinary office and gave him a bath. 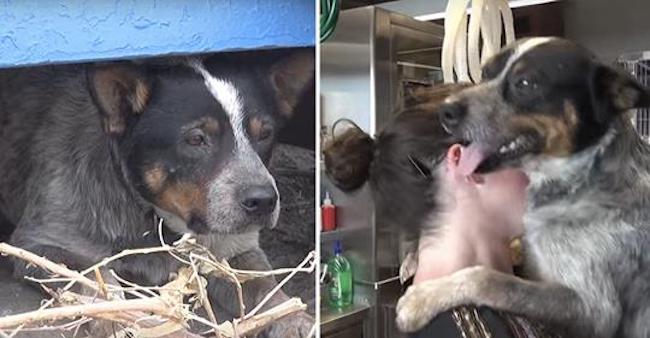 This Blue Heeler was abandoned in Compton, CA, and took up residence under this dumpster with no other shelter available.

According to Hope For Paws, it was the work of a good Samaritan that kept Cowboy fed each day.

When Hope For Paws arrived to take Cowboy in, he was timid at first, but quickly learned to trust.

Immediately after the bath, Cowboy’s sweet personality began to shine, and his smiles became bigger and bigger…