A s.t.r.a.y dog with a mysterious past is lucky to be alive after she was found nearly frozen in deep snow. 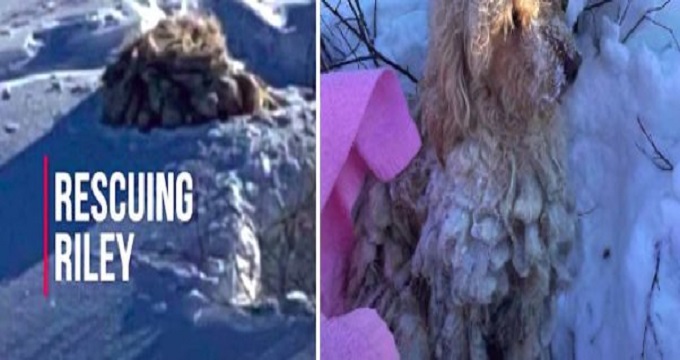 A person driving the Trans Canada Highway in Manitoba spotted something and stopped to check it out. As they approached the beige heap in the snow, they realized it was a dog! 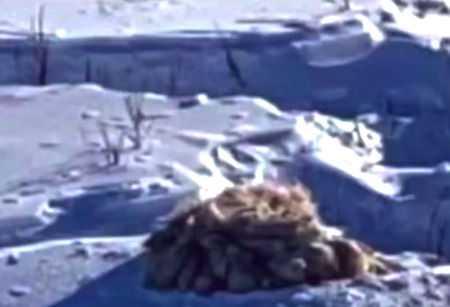 “It was the morning after a two-day blizzard and this dog appeared to have been huddled in the snow for a while based on the amount of urine,” the volunteer-based animal rescue, Steinbach & Area Animal Rescue, wrote on Facebook.

Riley, as they named her, was too cold and too scared to walk. Her fur was not only covered with snow, but also with dreadlocks and painful matts. 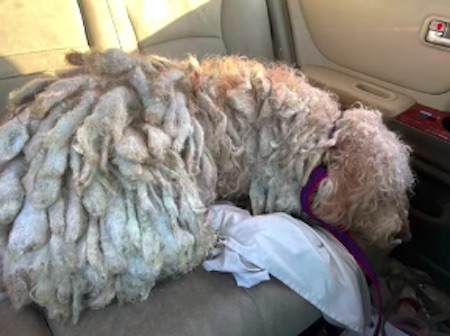 “She was too cold/sore/scared to walk, and as much as we tried to encourage her to walk we had to pull her out on a tarp, which wasn’t easy because of the deep snow,” her rescuers wrote.
Advertisements

But the group of rescuers heaved and pulled Riley in the tarp even though they were up to their waists in deep snow.

When they got Riley back to the vet, they learned she had not been spayed, microchipped or tattooed but she has had puppies.

She appears to be a Golden doodle and has a very sweet temperament. also is very sweet in nature.