Home Dog Rescued Rescuers Gave This Dog A Home To Die In, But He Decided...

When this black dog’s photo first appeared on social media, many people did not believe it was real. The dog named Billy was so skeletal and frail that people claimed it was fake. 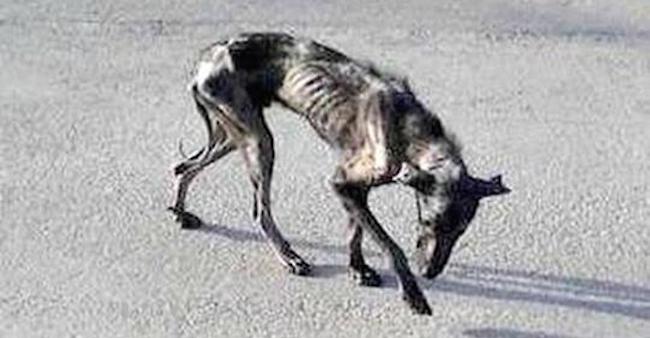 When dog rescuer Valia Orfanidou first saw Billy’s photo on a Facebook post she was deeply affected by what she saw. “It looked like a scene from a horror movie. If you’re involved in Animal Welfare in Greece you see too much suffering every day, but that photo really broke my heart,” she said. “I had no idea what I was in for when I said ‘get him here and I’ll foster him’.

Two volunteers traveled to get him and Billy went to the vet that very same day. “When we took him out of his box the sight of his suffering body and his absolute terror were so petrifying that we couldn’t even cry.

We were pretty sure that we had taken him off the streets just to offer him the chance of a dignified death and that the vet would advise that we put him to sleep. But he didn’t. He examined him, took blood samples and send us home.”

What Valia describes next is Billy’s journey from the broken creature she met to a “gorgeous, trusting and loving dog.” Billy’s transformation is nothing short of astonishing.

Share this story of a remarkable dog and the wonderful people who nursed him back to health and gave him a home!