Annabelle, an 8 week old puppy, was left inside a hot car parked at a Texas Wal-Mart that was shut off because apparently the owner “didn’t want to waste gas.” 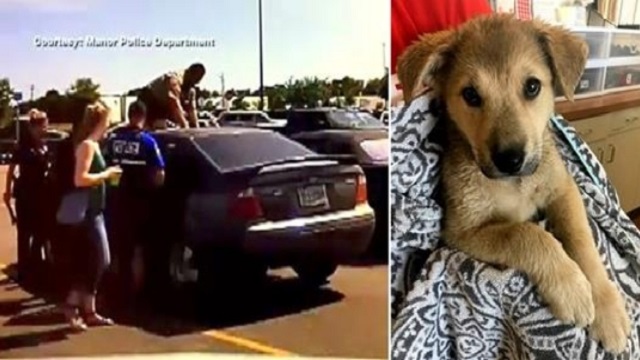 The sweet pooch was rescued from the terrible hot car after 30 minutes and apart from taking the pooch from him, the owner also has been charged with a crime and faces up to a year in jail.

A kin man that was at Wal-Mart in Austin saw the little pooch suffering in the black Ford Focus parked in the sun.

All car windows were rolled up, and there only was a small crack in the sun roof.

The kind person called 911, and officers from the Manor Police Department who quickly arrived on the scene. 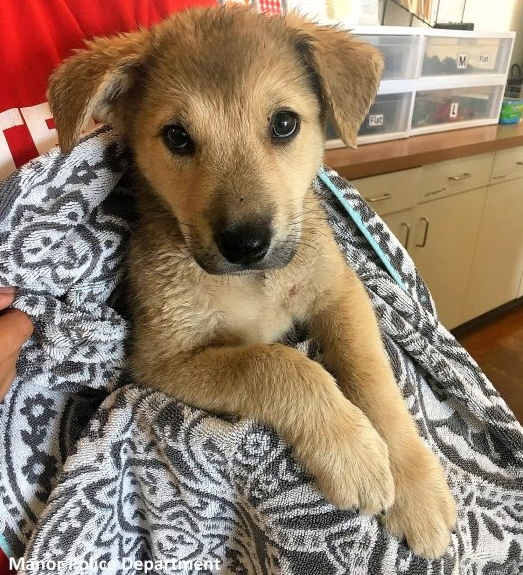 When they approached the car Annabelle was crying, panting, and seeking shade under one of the seats.

” Manor Police Chief Ryan Phipps told KEYE. “The sunroof was cracked just a little bit, wide enough for them to get up and use a crowbar to hit the unlock button, open the door and get the dog out.”

The poor animal was badly overheated and dehydrated, but you could see she was neglected for way longer than that since she was infested with fleas and had lesions on her tiny body. She was given water and whisked away out of the heat.

When her owner Chandler Bullen got back he was arrested on a Class A Misdemeanor because he “knowingly and intentionally failed unreasonably to provide necessary shelter and water for an animal in his custody.” 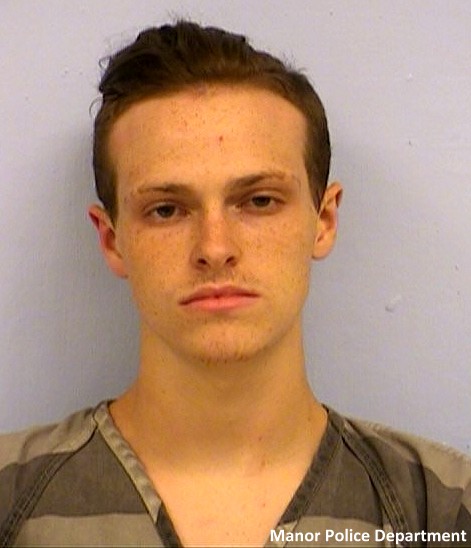 “The officers just spoke with him and asked him why, you know, they left the animal in there with the windows up and the extreme heat, and his reaction was, basically, he didn’t want to waste gas,” Police Sergeant Randall Anderson told KXAN.

“The comment he made, that he didn’t want to waste gas, was particularly disturbing to the officers,” Phipps noted.

We hope Annabelle will find a forever home that loves her, for the moment she is staying at the Austin Animal Center while the courts decide her fate.