Home Dog Abandoned Paralyzed Dog Bravely Crawls Out from Under Abandoned Home into Rescuer’s Awaiting...
Without the use of his back legs, Scooch struggled to crawl out of his dark prison and into the light. 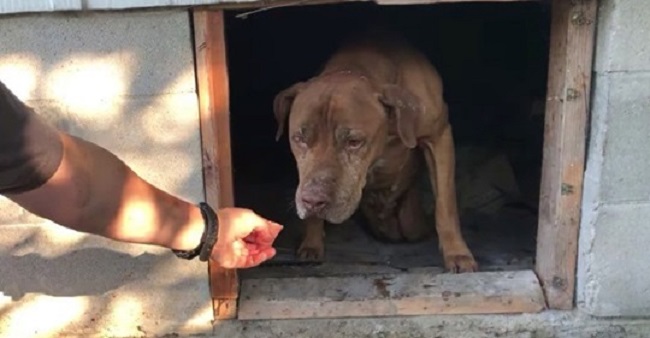 It was pitch black but they could see the tan Pit Bull with their flashlight. He was crouched in a corner and as Donna with Stray Rescue of St. Louis crawled over to him he let out a low growl.

But he stopped making any sound after she threw a Vienna sausage in his direction. Seeing the food, Scooch dragged himself over with his front legs.

That’s when Donna noticed Scooch wasn’t using his back legs – he was paralyzed.
Advertisements

“He was so hungry and pulled himself toward each piece I tossed,” Donna wrote on Stray Rescue of St. Louis’ website. “We wondered how long this poor dog had been down here, alone and scared. After some back and forth, we knew the safest and least stressful way to get him out was going to be with a trail of food.” 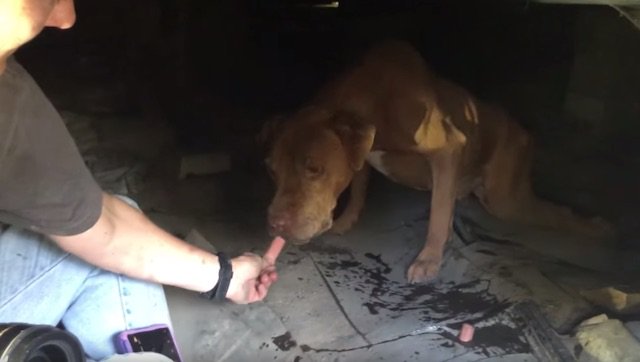 Scooch dragged and pulled himself along, his ailing body unable to resist the food. Donna said that once they reached the opening, he hesitated “as if wondering ‘what is going to happen to me?’ He looked at us and decided to take a leap of faith.”

As soon as he emerged into the light Donna could see just how poorly Scooch was. He was very thin and his back feet had open sores from dragging himself on the ground. 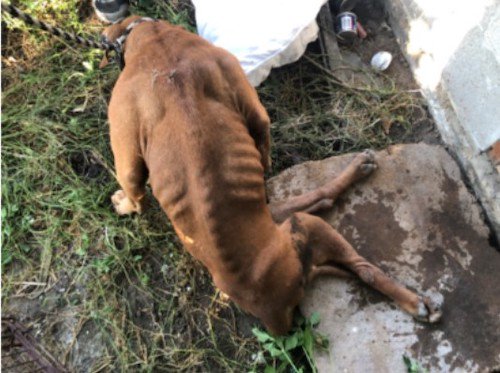 They lifted him to the car with a blanket and the dog simply looked up at them – grateful to be getting help and relieved to be in an air-conditioned car.

Said Donna, “His grateful eyes, his grey muzzle, and soft kisses tell us he understands we are here to help him.” 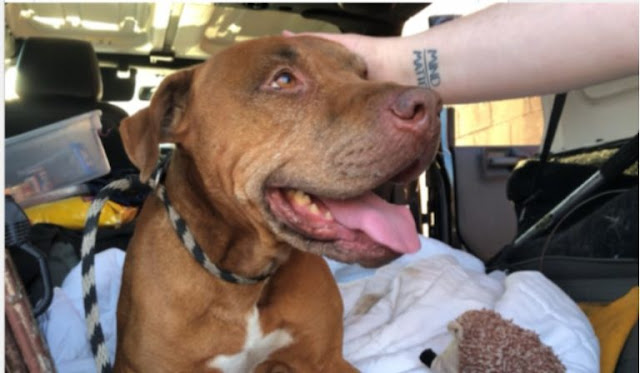 Although watching Scooch’s rescue is heartbreaking, his bravery and determination shine through. We have every hope that this special dog will recover and know that his rescuers will do everything in their power to give him a wonderful life going forward.