An Ontario man repeatedly threw a large rock at a car’s window before smashing it over the weekend. But the man wasn’t a hooligan or a thief, he was a concerned Good Samaritan. 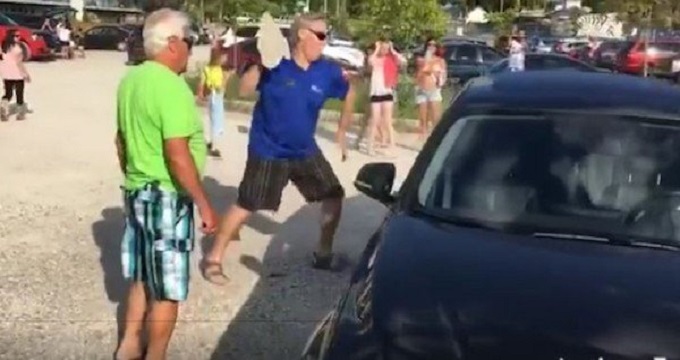 With bystanders looking on and crying out “oh my God”, the man kept on throwing the rock until the glass broke.
Once the window was broken, he reached inside the black BMW and took out a small white dog, who had been left inside. When the crowd saw the dog they broke out in applause.

Will Costa was in the parking lot when the rescue was happening and filmed a video of the Good Samaritan in action that has since gone viral. He was in Grand Bend, Ontario attending a music festival when he witnessed the event. 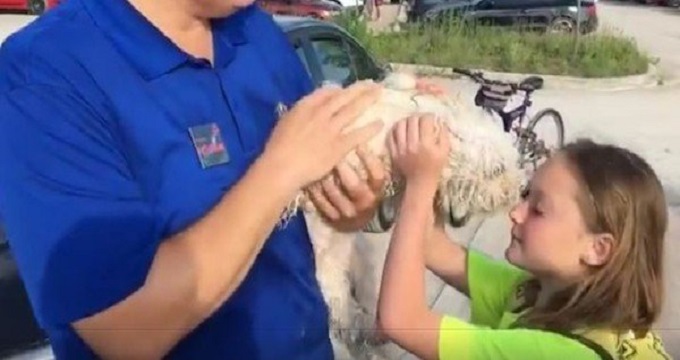 Temperatures on Saturday June 12, 2016 reached 91 degrees fahrenheit (33 degrees Celsius), more than warm enough to cause heat stroke for a pet left alone in a hot car.

According to Costa steps were taken to reach authorities and the car’s owner. “Police were called, there were announcements over the PA system asking the BMW owners to come to their car, and a reasonable amount of time had passed when he started smashing the window,” Costa told London Free Press.

The owner of the car showed up 50 minutes after the dog was let out of the car, said Costa.

The dog was okay after getting water. The Ontario SPCA was also informed of the situation and is now investigating the incident.

Police said that they had spoken with the owner and that he “had no concerns as to his damaged vehicle” given the circumstances.

It is unlikely that the Good Samaritan will face any charges for smashing the window.

Watch the lucky dog being freed in the video below.

Please share this video with your family and friends as a reminder to not leave pets in hot cars!