Home Dog Rescued Mama Tries To Dig Out Her Babies After A House Collapsed On...

There is no love like mothers love,are the stories we have heard since we were little, the upcoming news is exactly for this strong bond we all heard and learned since the beginning of time. 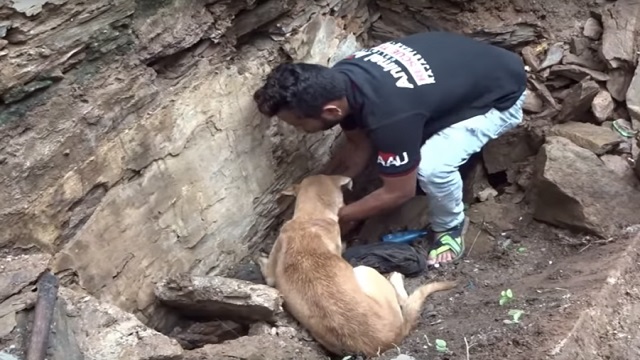 After a home collapsed on top of a dog mothers den, and buried her puppies underneath she was frantically trying with all her forces to free her little ones from beneath the rubble , than Animal Aid Unlimited came to help.

As soon as she sees them,she started to wag her tail and whine ,as if pleading for help to rescue her little ones.

The rescuers were afraid that those little puppies might already be dead,but the mother intuition told otherwise and she started to signal them where they need to look.

She started to point on the ground,egging them on as they started to lift bricks and rocks away,dogs are really smart.

The mother starts digging with them frantically pawing dirt and biting the stones to show them where exactly to focus the attention and research,and was making sure they so their job quick. 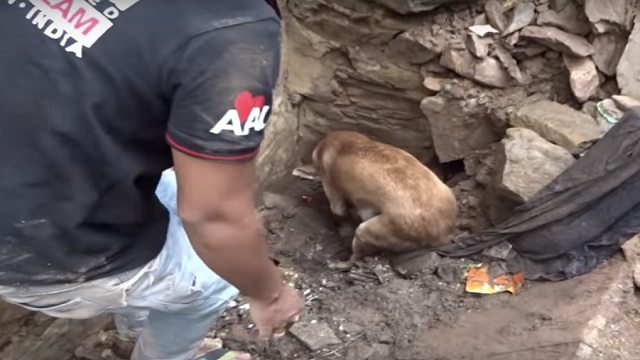 The mother,was taking turns with rescuers digging so they can free her puppies.

They finally hear some whimpers from below, after what felt like forever they got to puppies that are covered on dirt,but fortunately they were still breathing.

Dog mama is so concerned for her little ones,she starts inspecting and sniffing them one by one while the rescuers pull them out from the debris,she is so happy and relieved to have her little puppies back.

Rescuers relocated the mama and her little puppies after they got them out, they sent them to a safer place to stay and promised to spay,after the pups are weaned.

It’s heartbreaking that there are not enough homes and resources for dogs like this ones , who need safer places to stay,but fortunately there are organizations like Animal Aid that take care for dogs well being.

Let us all sent a silent prayer, that we will be more careful and try to help our little friends a lot more on the future, so they get the safety and warm love they need and deserve.