The chimps are so sweet with this pup! 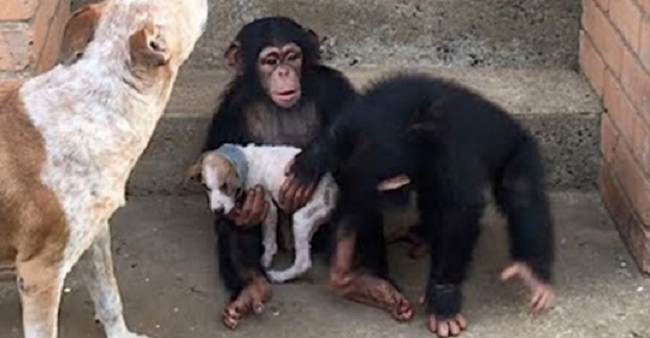 When Jenny Desmond was driving through a remote Liberian village, she saw a sick puppy on the side of the road. It quickly became apparent that she was d.y.i.n.g, and in desperate need of help.

Jenny, who runs a chimpanzee sanctuary with her husband, Jim, knew she had to act fast in order to save the tiny pup.

She immediately arranged for her to be brought back to their chimpanzee sanctuary.

It didn’t matter that she was a puppy, not a chimp — she was an animal in need. 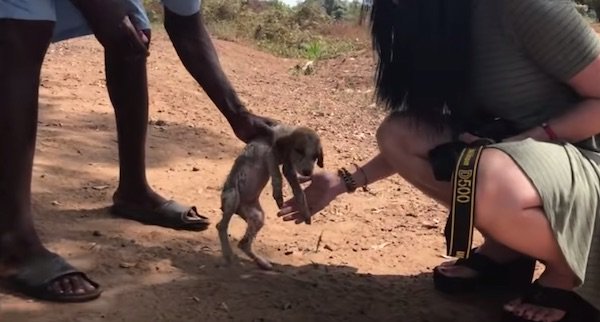 Jenny and her husband rescue wild chimps from the exotic pet trade. They also help protect wild chimps who are still in their natural habitat in Liberia.

Though they weren’t in the habit of rescuing puppies, Jenny simply saw an animal who was struggling, and knew she needed to help her. 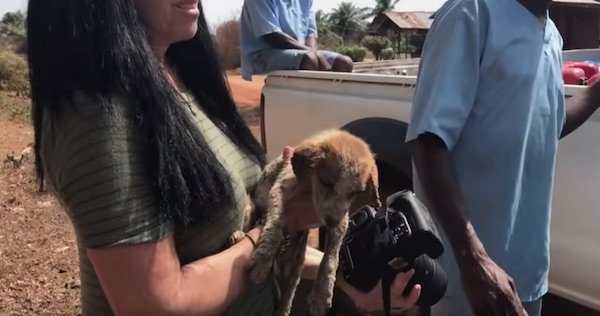 According to the staff at the chimp sanctuary, Jenny is the type of person who will rescue any creature in need — from chickens to grasshoppers!

Jim is a vet and was able to save the puppy’s life.

They named the little sweetie Snafu. 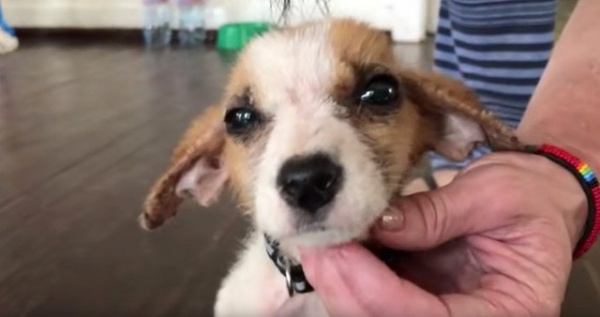 After she was initially treated, she had to wear a cone for a little while so she wouldn’t pick at her wounds. 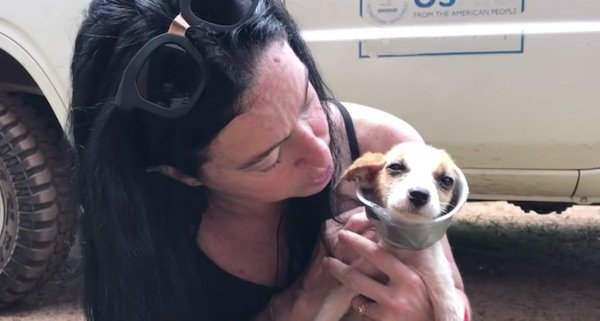 Snafu quickly became quite popular among the rescues. The chimps took her in and loved her. They gave her tons of snuggles and cuddles. 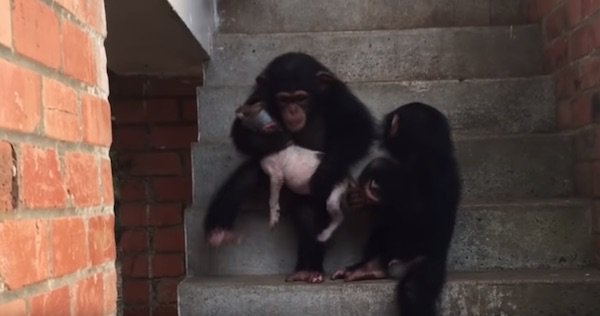 After several months at the sanctuary, Snafu healed. She grew into a healthy and strong pup. 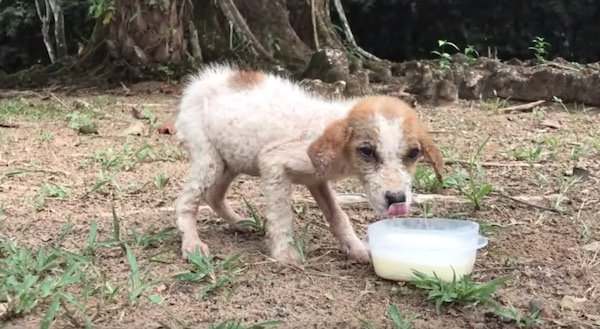 At that point, Jenny arranged for Snafu to be brought to the United States. There, she was adopted into her forever home.

Learn more about Snafu and the chimpanzee sanctuary in this video!