If anyone deserves a warm, relaxing bath, it’s Rudy the Pit Bull. He arrived at a New York City shelter last November after being found dumped in a plastic bucket in horrible shape.

He barely had any fur and his skin was riddled with deep wounds likely from being burned with battery acid and several ƈigareƗƗe burns. 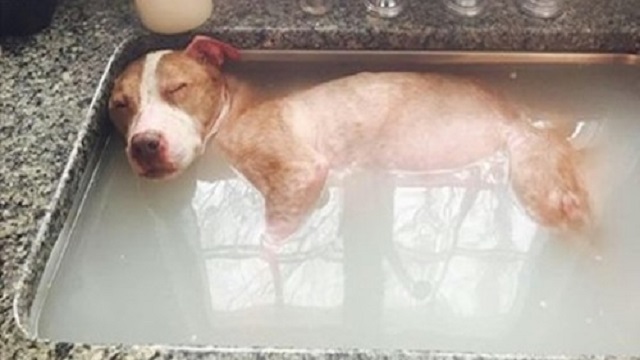 He also could not walk because of a severely broken front leg. To add to his already horrible condition, he has Cushings Disease that went untreated.

The city shelter called the Northeast chapter of Special Needs Animal Rescue Rehabilitation (SNARR) for help and their director, Courtney Bellew rescued him.

Although, Courtney is used to caring for critically injured animals, seeing Rudy broke her heart. She told the Huffington Post that his front leg was in such bad shape, she refused to photograph it. 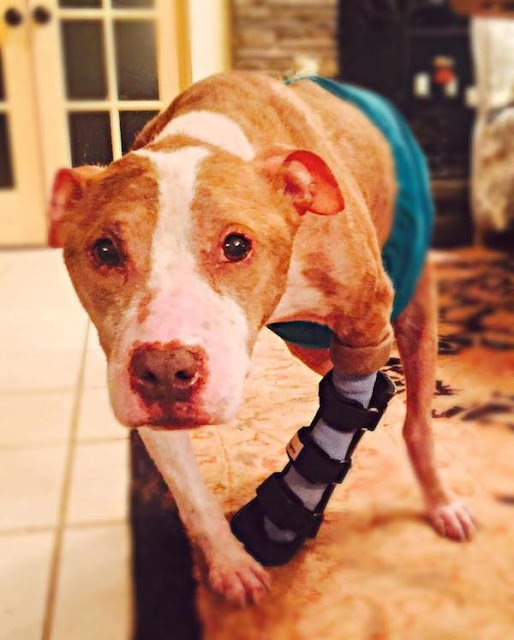 Rudy was traumatized emotionally as well. “It is a miracle this broken boy survived,” the group wrote on Facebook. “Other than being completely terrified and unsure of a kind human hand, Rudy was grateful and nothing but a lovebug from the minute we rescued him.” 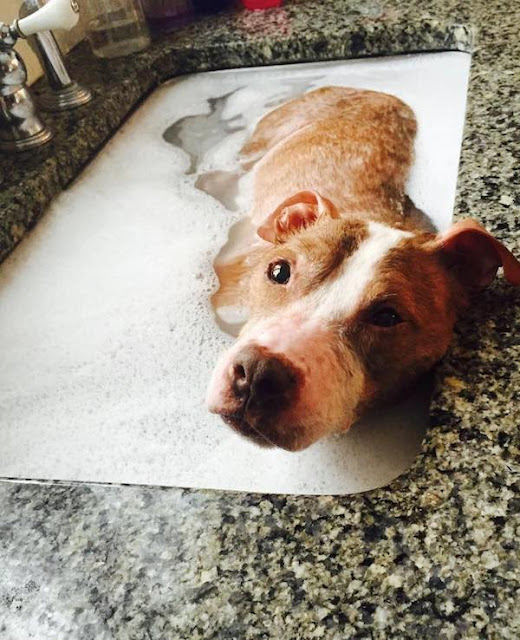 One thing that has helped Rudy tremendously are medicated baths. 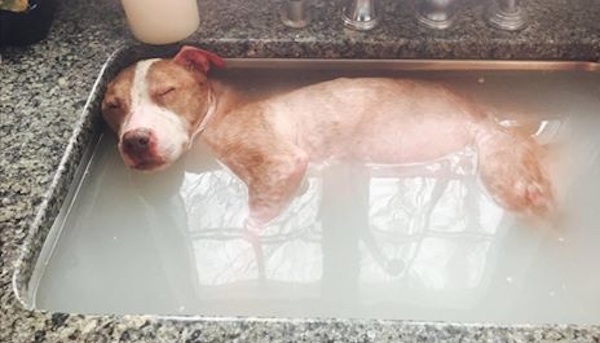 The group shared a video of Rudy getting one of his special spa baths, which are helping his skin and fur heal.

Note: the video may take a few seconds to load.

Luckily, his foster parents are veterinarians and can give him all the medical attention he needs while he heals.They also have a beautiful New England farm home where his spirit can heal and he’s surrounded by love. His days are filled with friends: children, dogs, cats and barn animals like Harold the lamb. 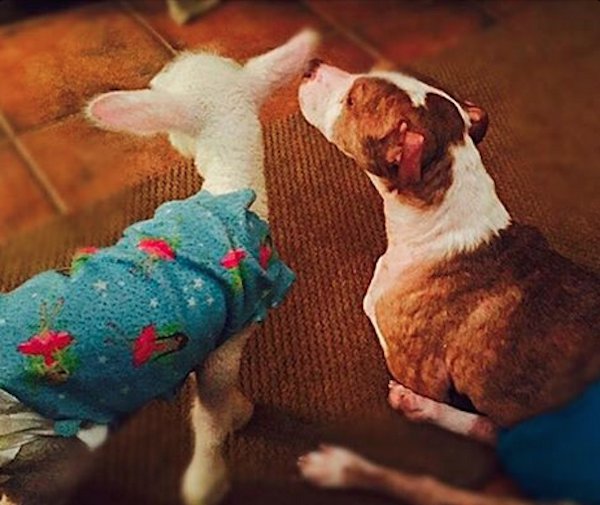 “Rudy’s eyes are filled with love and hope and he has a way of grabbing your heart instantly when he looks at you,” Courtney told HuffPost. “He has always appreciated being doted on and still does today, as you saw with his spa treatments. I’m just so glad we are able to show him a good life.” 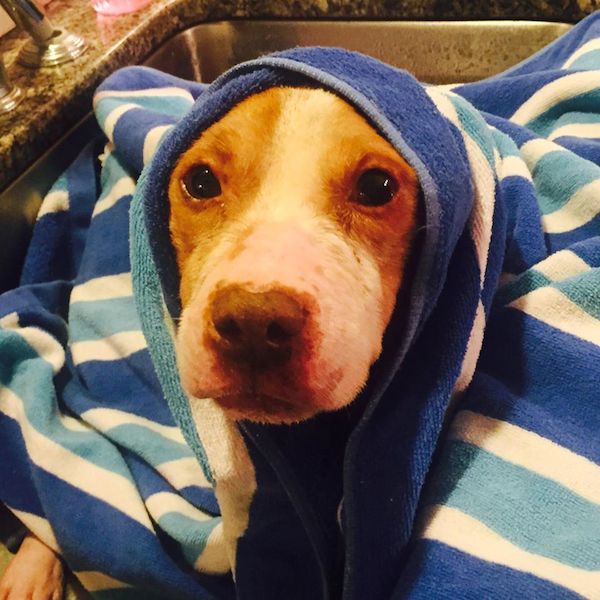 And they continued to show him a good life right up until his passing. In an update to the original story above, I’ve learned Rudy has since passed on due to complications with his spinal disease.

SNARR and his foster family spoiled Rudy as much as they possibly could before he passed on. I’m thankful that Rudy was able to live his final months surrounded by love.

Please share Rudy’s story with your friends in remembrance of this brave, loving pup!