Us humans should understand that trust is not something given for free it’s earned, especially for stray dogs they find it difficult to trust and believe humans after their traumatic experiences.

An incredible rescue story illustrates how tough it is to build the trust bridges, but also shows why it’s always worth it. A married couple go for daily walks near the trail in the neighbourhood, during the walk they always meet a dog that looks like he was all alone, the husband Joe described it as “a big, starving looking dog that was poking his head out of the woods.”

The man continued to explain the unfortunate circumstances about the area he lives in.

When the man noticed the dog he believed it was a stray since the area he lives in is known as a spot for people to abandon their unwanted canines, this poor big boy seemed to have the same destiny. 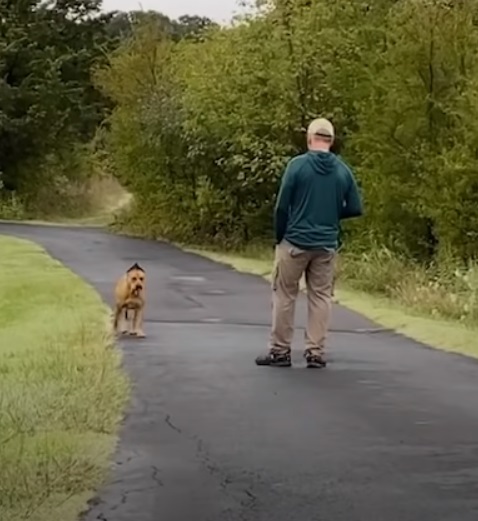 Joe and Marla, his wife, tried to befriend the furry.

They had no idea for how long this dog was abandoned and living alone and wanted to help but there was one problem: the canine refused to let them go near him.

They came up with a plan and what a better way to get into a dog’s good side than giving him food.

When the couple spotted the canine on the street the next day Joe carefully got the food out of his pocket and laid down on the street trying hard to look non threatening to the dog, in a tensed moment the canine grabbed the food. 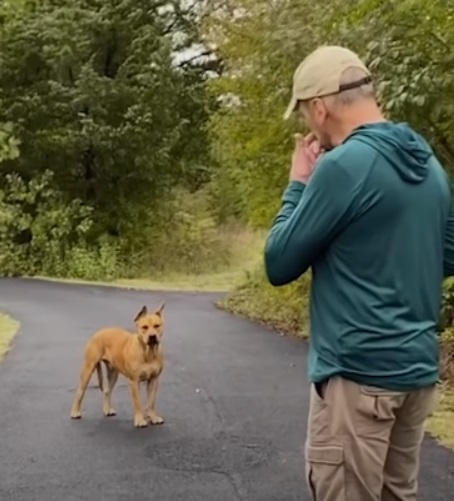 The man worked hard to catch the dog but to no success, after some times he decided to name him Scooby, as the weather started to change the couple were scared about the dogs survival possibility.

The winter came and it was a snow one, they tried hard to rescue the dog but he just stopped showing Scooby was hiding inside the forest somewhere.

When summer started to come around the pooch showed himself finally, he managed to survive the winter and when he saw the couple he ran to them and got the nearest to them that he ever was.

As the days passed the dog started to warm to them and approached their home, the couple let out Samson their dog and the boys immediately bonded.

Finally the scared dog got inside the couple’s home and they gained a new family member, it was a long year until they got him to trust them but every moment was worth it.