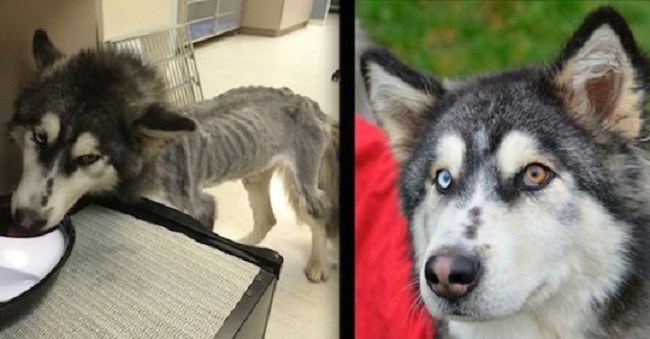 Meet Willow. The Siberian Husky was found lying by the side of a road in Maple Ridge, British Columbia by two Good Samaritans. While other cars drove by, Mathieu Letourneau and Guillaume Lefevre stopped to help Willow. At first, they couldn’t tell if she was a coyote or a wolf, or a dog.

“I decided to turn around and the dog was sitting there just giving up — barely moving,” Letourneau described of their rescue on January 31, 2015. “It [Willow] was just s.t.a.r.v.e.d to d.e.a.t.h and needed something warm.” 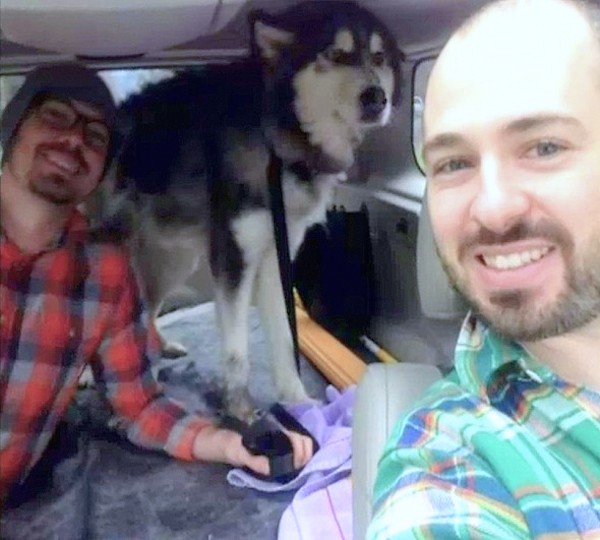 Photo credit: Mathieu Letourneau via Global News
They offered her their Subway sandwich and loaded her into their car before driving her to the Maple Ridge Society for the Prevention of Animal C.r.u.e.l.t.y (BC SPCA).

When vets examined her, they realized the young Husky had been eating rocks and dirt to stay alive!

“When she first came in she was unable to lie down due to abdominal pain caused by rocks and soil in her gastrointestinal tract,” said Eileen Drever, a BC SPCA senior animal protection officer. “There were no food remnants in her stomach so we think she was eating gravel to try to stay alive.” Eileen believes the dog probably had just another 24 hours to live. 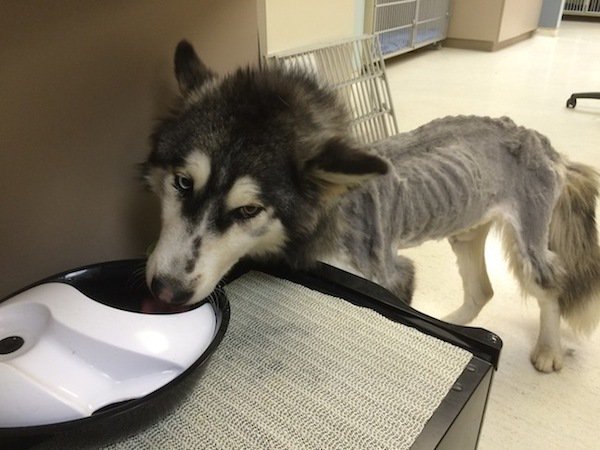 Willow is only around 2 years old and weighed a mere 33 pounds (15 kg)! The normal weight for a Husky here age would be 53 pounds (24 kilos). On the Canine Body Conditioning Scale, which is measured between 1 and 9, with 9 being optimal health and 1 being severely malnourished, Willow was assessed with a score of 1.

After an appeal to the public, investigators tracked down Willow’s original owner, a university student in his 20s. The BC SPCA has recommended charges in the case, which is now under review with Crown Council prosecutors, who will decide whether or not to approve any charges. 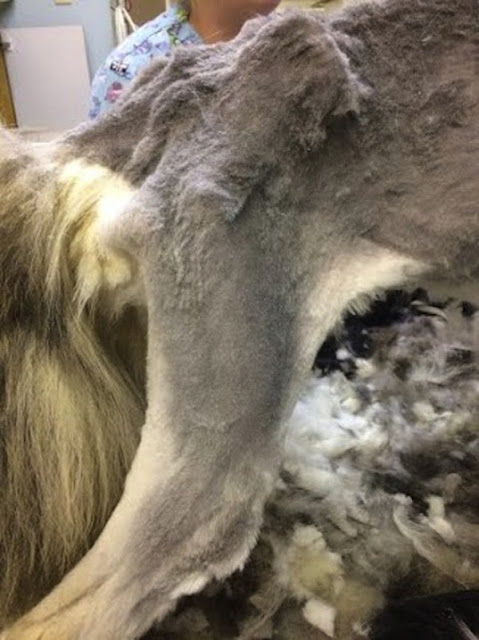 A few weeks after her rescue, Willow went into care with a foster family, where she began to regain her health.

She enjoyed going on walks with her foster pack. Her family also shared that she started responding to her name and loves car rides. 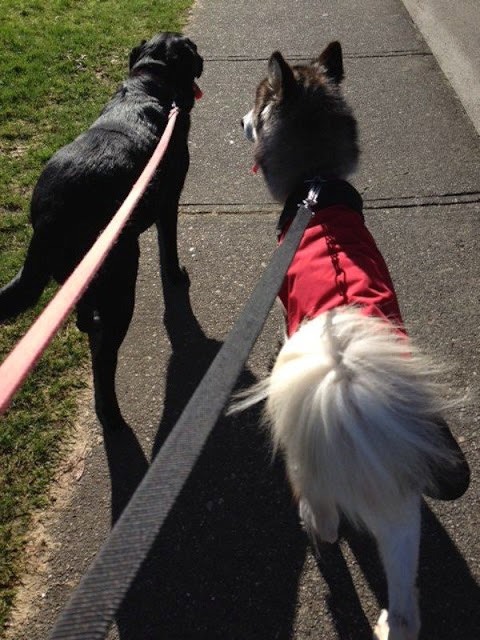 Willow with her foster family. Photo credit: BC SPCA

After a month and a half, Willow gained 20.5 pounds (9.3 kilos) and is learning her basic commands. “She absolutely loves going into the water – it’s hard to keep her out!” The BC SPCA wrote, “She loves going to the river, where she tries to go for a swim, no matter how cold the water. Her foster mum has to coax her out with treats, so that she doesn’t get too wet and catch a cold!” 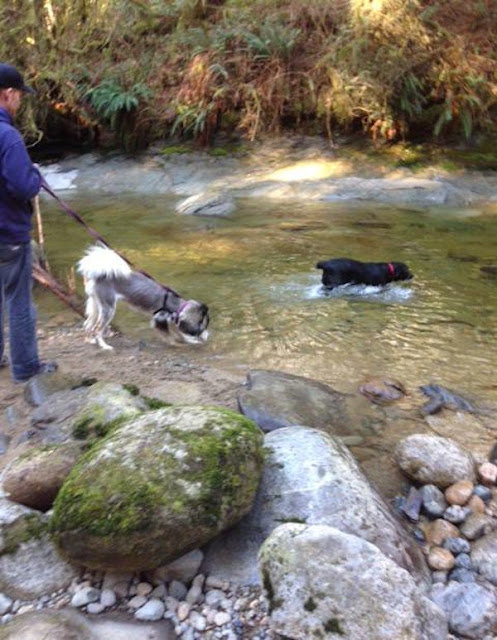 Then came the fantastic news on March 16, that Willow has been adopted by a loving family. 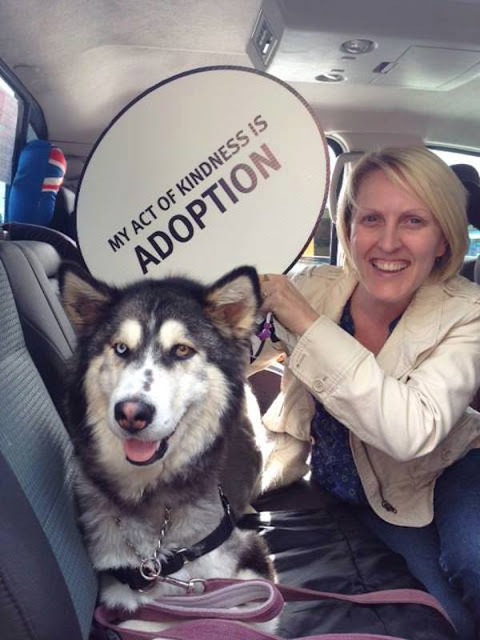 Although Letourneau and many others expressed interest in adopting Willow, the BC SPCA decided to place Willow with a family who has experience with the breed. “Because of her past, she has a number of behaviours that will need continued work by someone with breed experience,” Maple Ridge SPCA assistant branch manager Faydra Nichols said. “We were fortunate enough to find a family who has experience with this breed and they’re so happy to include Willow as a new, furry family member.” 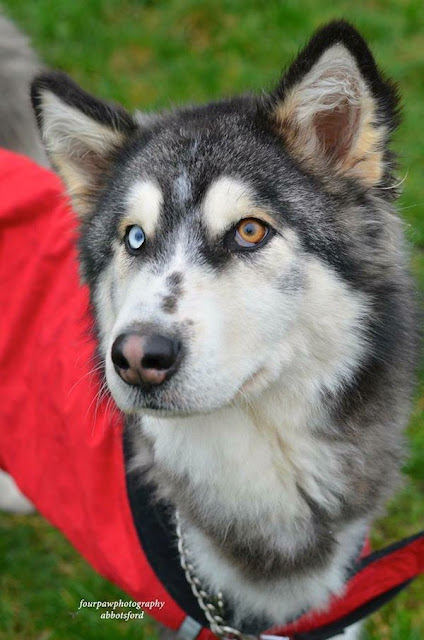 All the best for your future, Willow! Share her story with your friends and family!

He Was Caught in A Trap Deep In The Woodland, Crying, Broken, Trying to Escape But Absolutely Couldn’t