After a stray puppy got hit by a car, she lay paralyzed in the snow for 12 hours.

The puppy was hurt in a northern community of Alberta, Canada, and had broken her pelvis. Unable to move and with temperatures below freezing, she didn’t have much hope of surviving. 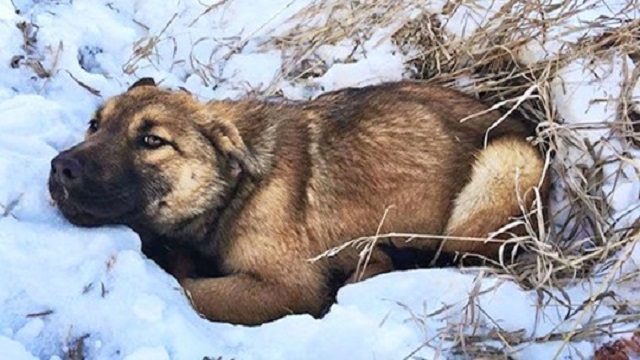 Fortunately, she was spotted by some teenagers and the animal rescue AB Task Force was notified, who in turn called Alberta Animal Rescue Crew Society (AARCS).11111 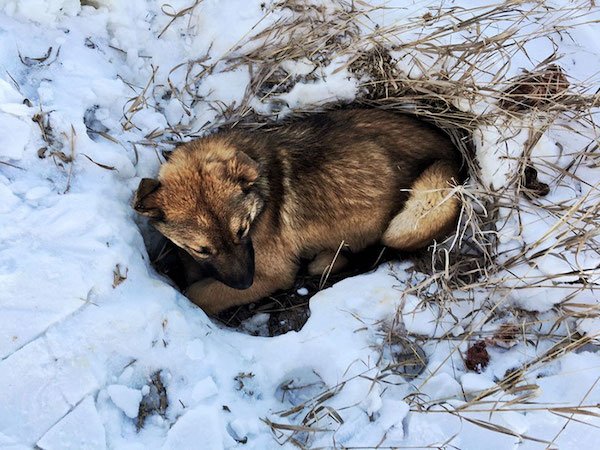 “She spent over 12 hours lying there alone and cold before rescuers found and rushed her to SAVEvet,” wrote AARCS. The snow had melted around her because of her body heat.

The puppy, now named Nutmeg, was happy to see her rescuers when she was found.

As Nutmeg is recovering from her broken pelvis, she’s restricted to crate rest for 6 weeks.”So lots of treats, kisses and back scratches for this girl!” said AARCS. 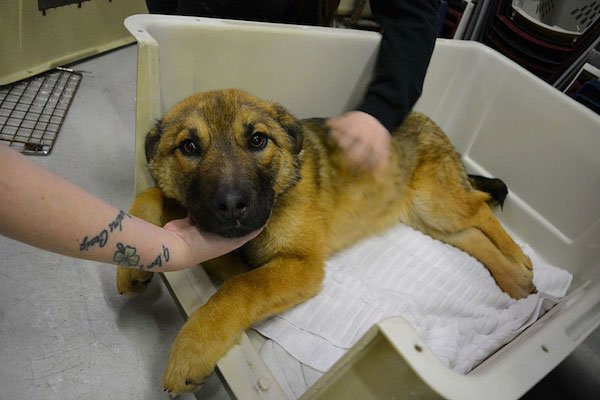 Here’s Nutmeg getting some of that much-deserved attention and treats. Note: video may take a few seconds to load. 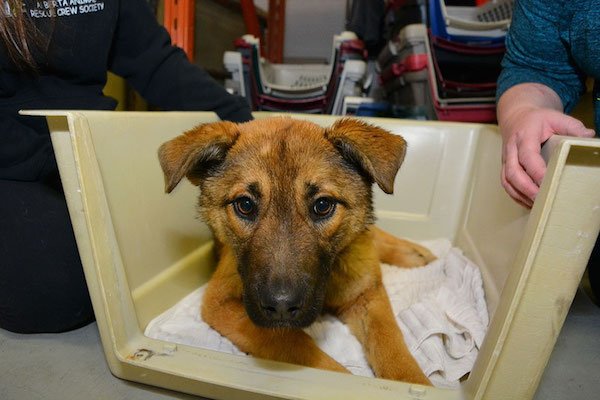 When Nutmeg has recovered fully, she will be made available for adoption.

Thank goodness Nutmeg was spotted. Share her rescue story with your family and friends!