Home Dog Abandoned Owner Told Him To “Stay” On The Sidewalk – The Dog Was...

People can be so c.r.u.e.l , if they see how loyal and how much love you have for them a lot of the times they won’t appreciate it , but they will use it against you. 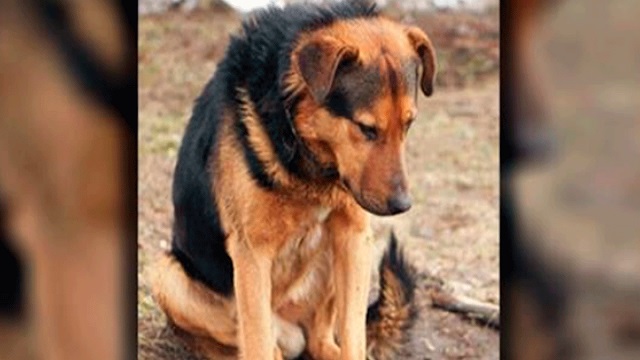 For a poor abandoned dog in the streets of Russia what hurt him the most we are sure it isn’t the abandonment act itself , is the way how the person he thought as his family used his love and loyalty to leave him all by himself.

The poor dog was seen for a week staying on a Moscow sidewalk , after his owner had used the loyalty the dog had for him by order the dog to ‘’stay’’ the pet took his cruel owner order to heart , and was seen staying in that side walk for one whole week, not wanting to believe that he was abandoned like trash by this heartless person.

Elena Kniazeva a random passerby seeing the state the poor dog was in , managed to move the dog all the way from the spot he has been staying in an animal shelter. 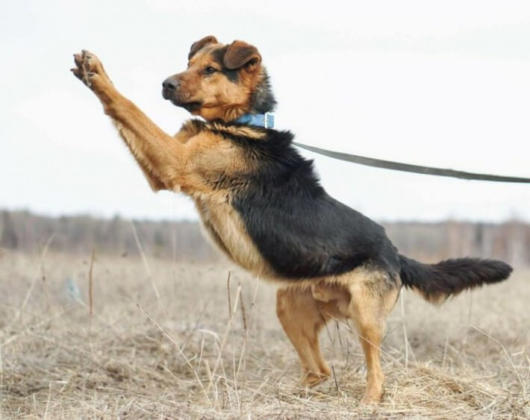 At the shelter the dog received the help he needed , food , bath and a lot of love, soon the heartbroken dog started to come around and make new friends there, now he even had a new name and was called Luke.

From all his new friends Luke created a tighter bond with another dog called Dennis, whose story was worse than Luke’s. 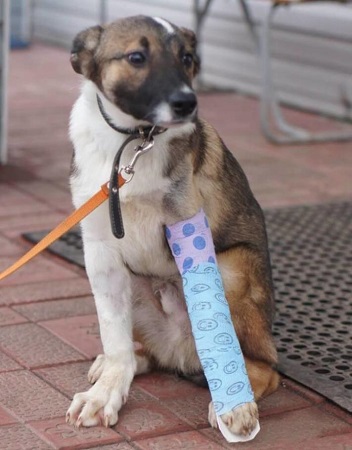 Founded at construction site with his mom and siblings , Dennis has been through hell, some twisted person was mistreating them , Dennis’s mom had two chopped ears, one of his siblings was found dead, and Dennis had a sustained leg injury , which thanks to quick medical help was healed soon after.

With their heartbreaking stories, the two dogs found their friendship to mend their broken pasts.

Their story was so unique that 4 Paws Toronto expressed they wanted to take the duo and offer to place them in a foster-to-adopt program ensuring the two suffering dogs, will find the happiness they have missed till now on their new chapter of their lives, with a new home for the both of them. 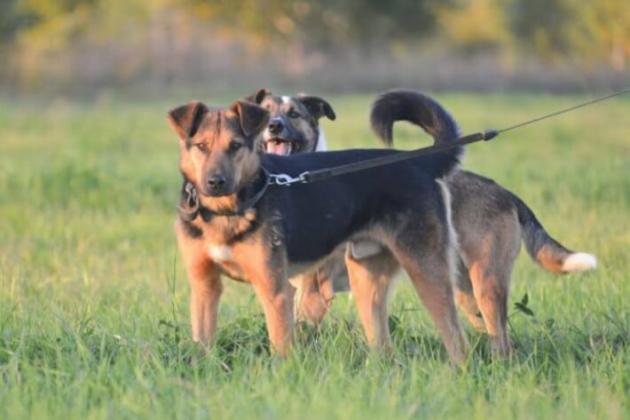 Even though Toronto and Russia had 4,600 miles between each other, this was a once in a lifetime chance for the duo to find the love they have been missing till now.

4 Paws was so set on taking the duo of friends there, they created a GoFundME page and successfully they got the donation they needed, and both dogs arrived and settled down in Canada.
So happy for the best friends , the sun is shining finally for them too.