Homeless dogs are the ones who really need a loving family. Buzu is one of the homeless dogs that was living for a long time in the streets of Romania. During this time, he was all alone and nobody noticed him.

One day, Howl of A Dog noticed him that he was trying to get the attention of people by following them. 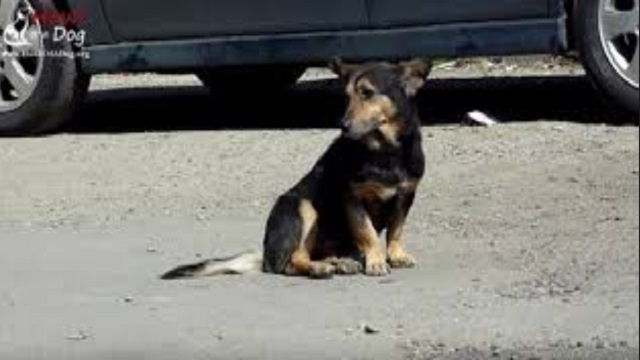 As nobody took care of him, he was living there for more than a year and he was trying with its best to find a family for himself.

Living in the street might be so hard, and when the rescuers were back to help him, they noticed that someone had taken the cushion from Buzu’s cardboard dog house.

He was taken to the shelter, as noticed he had skin issues, an ear infection and his teeth were torn, due to improper food.

After a while, good news for Buzu seemed to have arrived. A family in the UK decided to adopt him, where he had company with Emma and her another dog in their family.

So happy for Buzu.