Duke’s life truly began when someone took the time to see him AND save him! 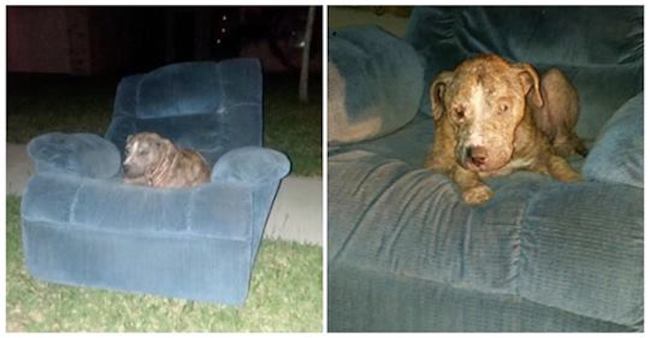 Duke was a sad looking dog that would hang out on an old armchair. He had no where else to go.

If he wandered around to eat scraps, he would return to that armchair and remain there day and night. It was his one safe spot.

No one cared to help. Until… 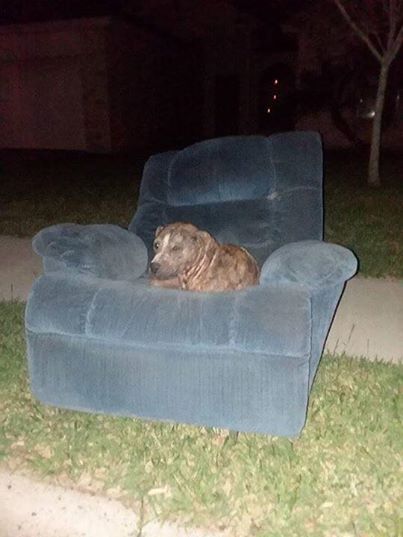 He added that Duke was thin and covered in mange, then asked the public for help.

That’s when Leslie Ysuhuaylas saw the photos. Ysuhuaylas is a Texas-based volunteer for Rescue Dogs Rock NYC. She contacted another volunteer and sent her out to get Duke as soon as possible.

“He was very scared, and he didn’t really trust people,” Ysuhuaylas told The Dodo. “He was very wary.” 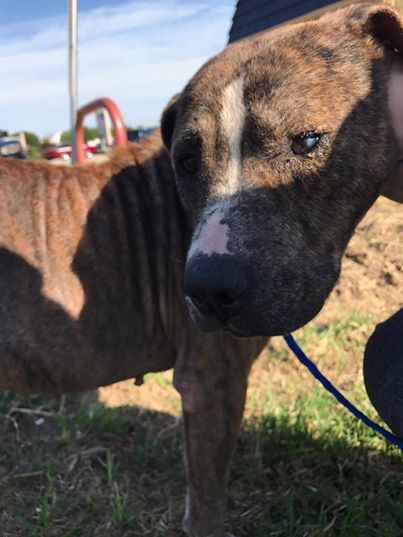 The volunteer was able to get Duke into the car and drive him to an emergency vet clinic in Dallas.

Advertisements
Poor Duke was dehydrated, anemic, covered in fleas and mange, and had cataracts. His teeth were also filed down, a telling trademark of a bait dog.

Bait dogs are used to train fighting dogs. They are often tied up, with their mouths taped up too. What they endure is the saddest thing any animal should ever have to live through. No wonder Duke found comfort in that armchair.

Duke has been healing very well at the clinic, making strides with his confidence too. His skin is beginning to clear up and his eyes are looking better.

The volunteers are confident that he will make a FULL recovery. Once that happens, Duke will head to NYC where he will be put up for adoption. 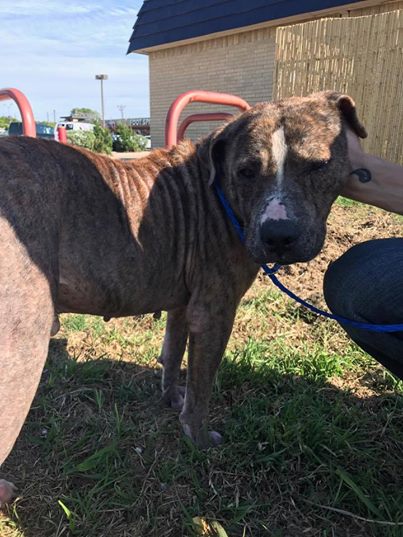 Maybe his new forever home will have an armchair. The perfect armchair that will never see rain, or cold, or a passerby that doesn’t care. I think he’d like that.