Home Dog Abandoned Aggressive Dog Gives In and Lets Rescuer Touch Him For The First...

Phoenix the dog believed nothing but pain came from a human hand until he met Takis. He spent his life living on the end of a chain and was beaƗeƞ by man who police said was viοƖeƞƗ.

People had complained to police that the dog was being mistreated, so they went and seized the dog. 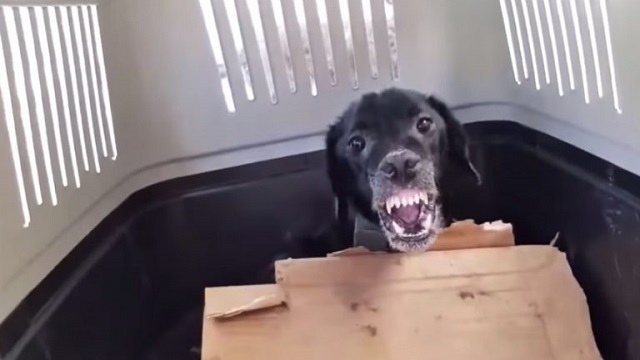 As the police did not know how to handle Phoenix’s aggression, they called Takis, who runs Takis shelter, high in the hills of Ierapetra, Crete, Greece.

At first, Phoenix refused to leave the crate when they arrived at the shelter. The dog lunged and snarled at Takis’ gloved hand. Phoenix was so frightened of hands, having learned they were only used to beat him. Takis did not push the situation and tells Phoenix, “We will try again later and we will be very good friends, soon, ya?” 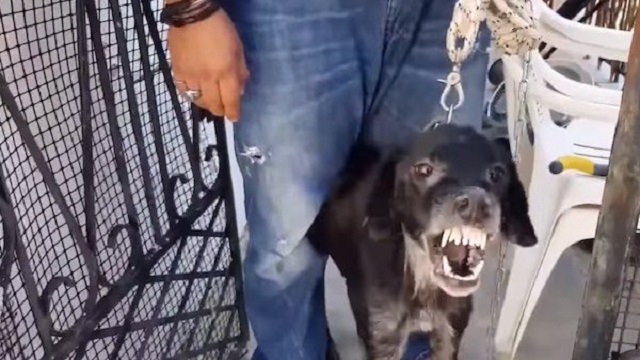 Later that day, Takis extending his helping hand again. But this time the exhausted dog gives in. He leans his head in to Takis’ hand, surrendering to love. And after a little while he gives Takis his paw. Takis cannot hold back his joy and tells the dog “Bravo!”.

“It took Phoenix some time to get used to the fact that a hand doesn’t mean pain,” explains Takis. But over time Phoenix’s behavior changed remarkably. 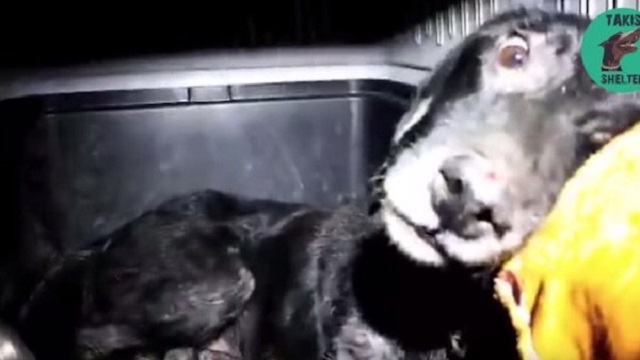 He gets along with the shelter’s cats, even though his former owner said he had killed cats before. And “he’s doing great with everyone” says Takis. All he wanted, all he needed, was love.
Advertisements

Watch the heartwarming video below.