Home Dog Story A Puppy With Green Fur Was Born In Italy And The Owners...

Nature seems to always find a way to surprise us in the most unexpected ways.

One of Mother Nature’s surprises of this kind recently fell into the hands of this one particular Italian farmer named Cristian Mallocci. 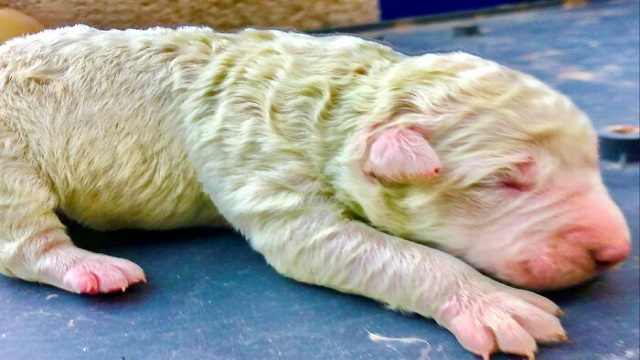 Apparently, Cristian’s doggy Spelacchia gave birth to five puppies and one of them happened to have green fur. Yes, you read this correctly.1111
This uniquely colored pupper was born on a farm located on the Mediterranean island of Sardinia
Advertisements

This tiny cutie was immediately named Pistachio to reflect his unusual coat. All four of Pistachio’s siblings had white fur, the same color as their mother, who is a mixed-breed dog. 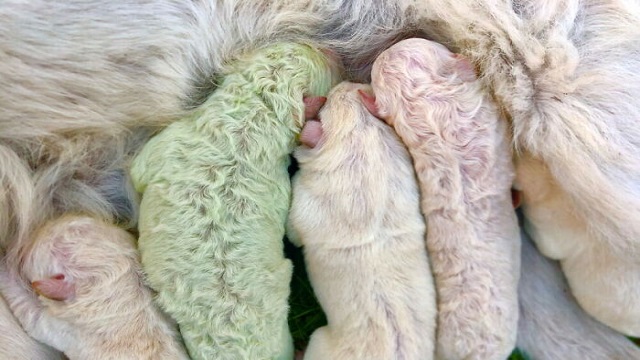 Turns out, while Pistachio’s brothers and sisters will be given away to new homes, the owner is planning on keeping this green fluffy boy on his farm and training him to look after the sheep along with his mother.2222
The doggy was immediately named Pistachio
Advertisements

Needless to say, it’s quite unusual for a dog to be born with green fur. There are two natural ways for this to happen. It is believed to occur when a doggy with light-colored fur gets stained by the “meconium” in the mother’s womb—the earliest stool produced by an infant animal. The green color can also be caused by a green pigment in the mother’s womb called biliverdin. 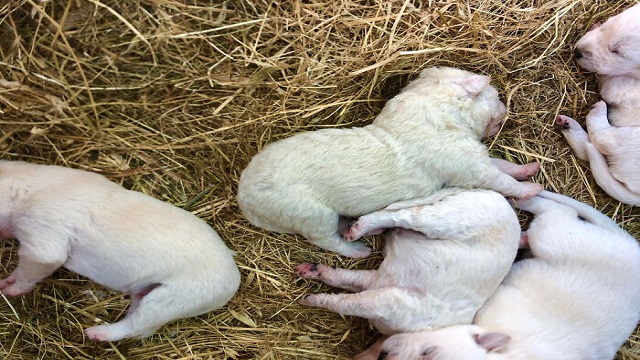 Unfortunately, this green color won’t last forever. The owner told Reuters that it’s already starting to fade and will continue to do so until it’s completely gone. 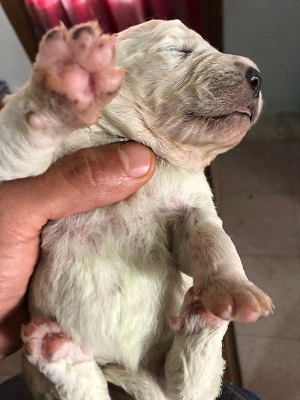